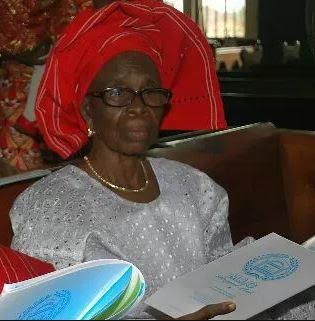 The family of late Tunji Okunsanya, the erstwhile boss of popular Lagos-based funeral home, MIC Casket has been disunited since his death.
The crisis in the family started as a result of a tussle over who should run the company he left behind with his wife eventually emerging the preferred candidate.
The development saw late Okusanya’s daughter Bolanle eventually opening a parallel company throwing the whole family into more confusion.
However, the family might have a reason to unite soon when they bury their mother, Mama Juliana Olayemi Okusanya.
Late Mama Okusanya died on Monday, July 10 at the age of 95. Since her death, the family has been making plans about the burial. The deceased would have clocked 95 this November.
Her burial will be an opportunity for the family members to be united once again.