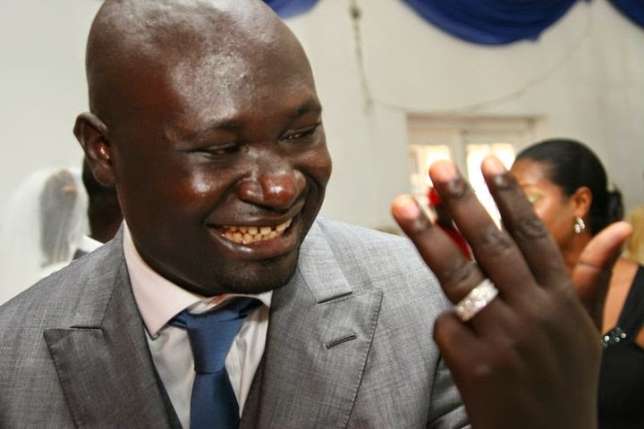 Known as a man who loves to play to the gallery, Ayiri Emami has a way of announcing it whenever he meets a top shot.
It is also in the man’s character to flaunt his new toys as soon as he acquires them.
This attribute of the businessman is what has formed spiteful opinions about his for a while.
However, the man is now changing, as he seems to have gotten a hold of himself as far as social media is concerned.
The Okulagba of Warri was one of the guests at a recent wedding which held in Ogun State. Expectedly, he was on a mingling spree, as he went from one politician to the other exchanging pleasantries.
From the Senate President Bukola Sarakil, he went to the groom and even the mother of the groom greeting every face he could recognize.
What was however surprising at the end of the party was the fact that Emami didn’t share pictures of himself with anybody from the party.