Rising music star, Omah Lay, has spoken up for the first time on his Uganda experience.

Recall that he was arrested alongside fellow singer Tems for holding an ”illegal concert” at Ddungu resort in Munyonyo.

Taking to Twitter to share his experience, Omah Lay said that the past few days have been the ‘toughest of my life’, adding that he was treated like a common criminal after his arrest. 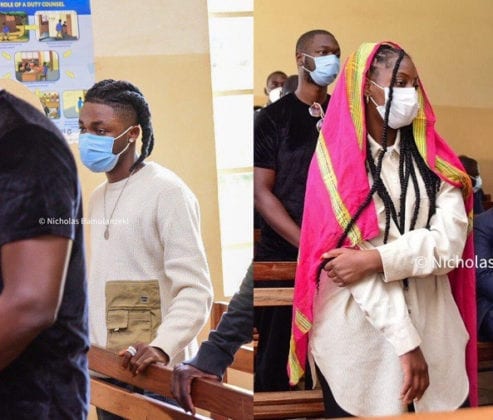 In one tweet, the singer appreciated fans who came out to watch him perform, before clarifying that it was never his intention to cause any harm that could have likely caused the spread of infectious disease.

According to him, the show promoters confirmed and proved they’d secured all clearances including COVID-19 compliance, paving the way for him to make himself available for the event.

The singer also tendered a public apology to his family, team, and fans for the ‘sleepless nights’ he had caused them and thanked everyone who played a role to help facilitate his release from prison. 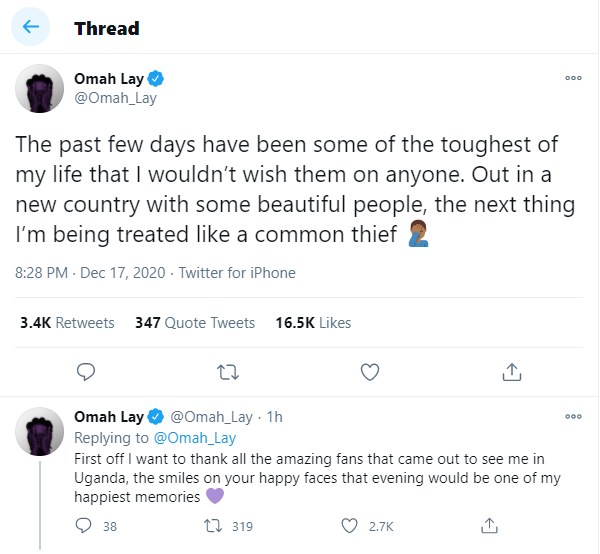 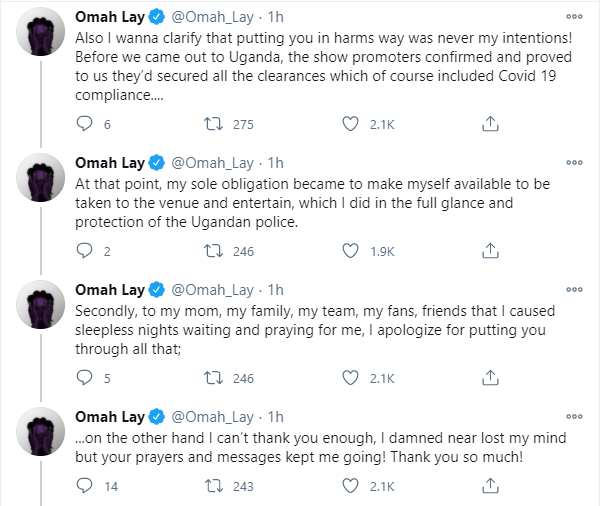 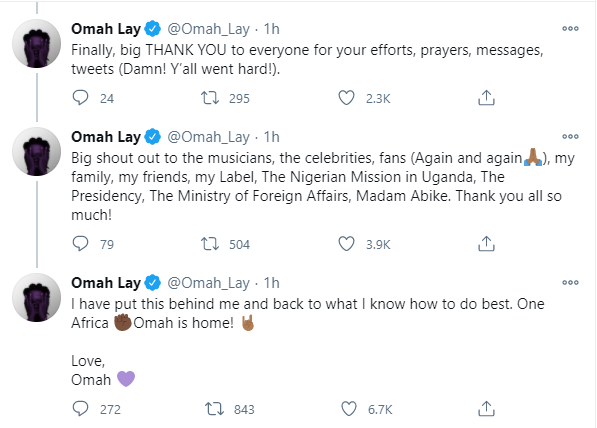 Related Topics:Omah LayUganda: Past Few Days Have Been The Toughest Of My Life-Omah Lay
Up Next

Things I Have Done For Love, Johnny Drille Speaks