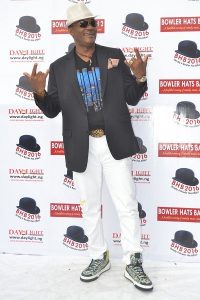 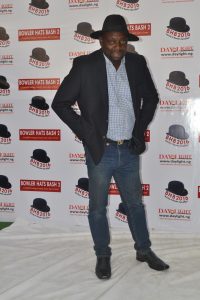 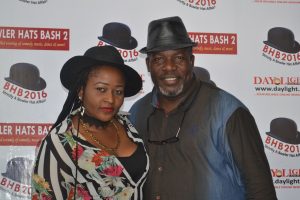 It was indeed, the gathering of some of the biggest names in Nollywood, music and comedy sectors respectively, at the second edition of the annual Bowler Hats Bash (BHB).
The memorable and fun-filled evening of comedy, music, dance and more, held elaborately on Independence Day, October 1, at the prestigious Coliseum Events Centre, Ikeja, Lagos, amid ovation and applause.
Just like the maiden edition, it was also hugely attended by leading entertainers, revered celebrities and upwardly mobile revellers.
The glamorous and high-end event, which began with a green and white carpet session, saw the stars and celebrities posing for personal, selfies and group photographs as paparazzi clicked away in excitement.
Amazingly, being a strictly hat affair, the stars, celebs and all the invited guests stormed the venue in different shades and sizes of Bowler Hats, thus making the event very colourful and cosmopolitan.
With Nollywood super star, Segun Arinze fully in charge as the host of the historic evening, the event proper began with the beautiful rendition of the national anthem by precocious kid sensation, Nonso Sax.
The quintet of Princewill, Akpos, Omini, Moran Cee and KCK, opened the floodgate of undiluted entertainment with ribs cracking comedy and got the tumultuous audience asking for more.
Rave of the moment comedian, Elenu, moved the turbo-charged gathering to the next level when he mounted the stage and sent the audience reeling in an unending laughter.
Interestingly, the high point of this year’s Bowler Hats Bash, organized by leading online newspaper, Daylight.ng, was the five star performance of Reggae legend, Orits ‘Pupa’ Williki.
Williki’s rendition of his ever green songs: Fight The Fire and 10 Commandments set the capacity filled hall literally on fire.
In fact, some top entertainers and celebs who were enthralled with the veteran’s sterling performance, had to join the music guru on stage to continue the groove.
Surprisingly, the female star performer of the night was South African-born Afro Soul crooner, Kalifonia, who flew all the way from Johannesburg to be part of the lovely event that serenaded Lagos and its environs while it lasted.
The sexy entertainer, who reminded many of the late Brenda Fassie, wowed the star-studded audience with her electrifying performance and well choreographed sensual dance steps, which kept the men salivating and asking for more.
Ghana based dance hall star, JKL4Real, further revved up the evening of premium entertainment with three hot songs from his sophomore album.
The scintillating evening of razzmatazz, glitz and grandeur continued with dazzling performances from Ebele, the female flutist, talented thriller, TJ Sax, Niger State-based rising act, Early Man and wave making Afro pop singer, Kesh Ofuobi.
Also, two leading comedians of the federal republic, D’Lectura and Mr. Makati, were exceptional in their delivery of jokes and jibes to the admiration of the cheering audience.
Meanwhile, earlier in his welcome remarks, the founder of Bowler Hats Bash, Mr. Azuh Amatus, thanked all the invited guests, performing artistes and partners, for standing by him and his team.
Azuh, who is also the publisher/editor-in-chief of Daylight.ng, further called on corporate bodies to support the annual event, which he said had become part and parcel of calendar of national entertainment events organized to celebrate Nigeria’s Independence annually.
“Bowler Hats Bash is our own way of celebrating and rejoicing with Nigeria and Nigerians on her Independence, every October 1.
We are calling on well meaning Nigerians and corporate bodies to support and sponsor this unique and proudly Nigerian product cum initiative. Our dream is to export Bowler Hats Bash beyond our shores in no distant time’’
Post Views: 715

Meet Deyemi The Next RMD

I dumped a career in telecoms for acting-Genny Uzoma