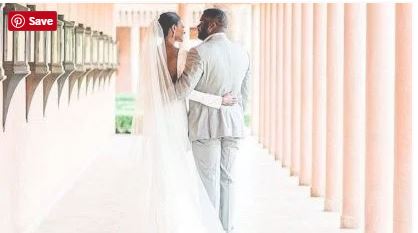 A bride is a jewel, but a new one is like a price gem. This is a fact.

Ask Ishaya Danjuma, the unassuming son of Theophilus Danjuma and he would affirm this much.

The new groom is not wasting anytime in enjoying the luxuries that comes with a new marriage filled with love, as he is on a spree of spoiling his wife, Agbani.

Danjuma and Agbani who got married secretly in Marrakesh, Morocco opted for an equally secret honeymoon.

However, Agbani has not left her friends in the dark, as she continues to keep them in the loop sharing pictures of her honeymoon via Twitter.