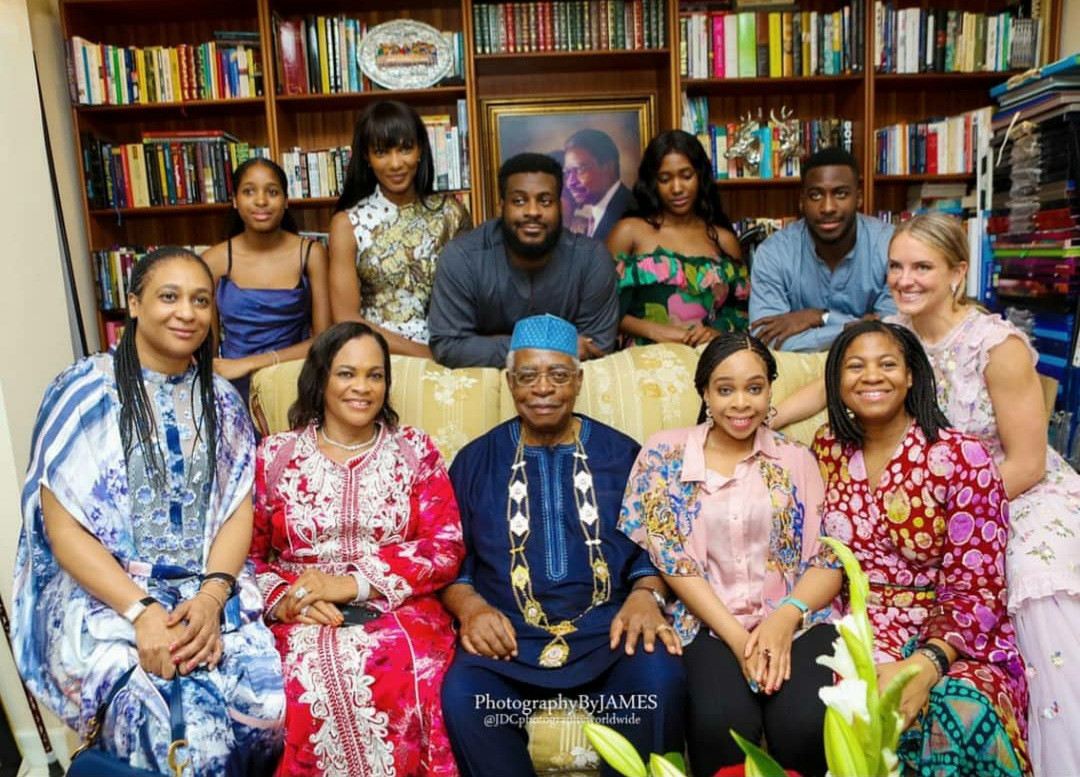 Not known to be a social media crazy family, Agbani has hardly been seen with her in-laws except for when she got married.

However, a rarely seen photo of the model and her in-laws, General Danjuma, his wife Senator Daisy Danjuma, her brother-in-law Theo with his fiancee Lousie Green and others has surfaced, giving a wholelistic look at the family. 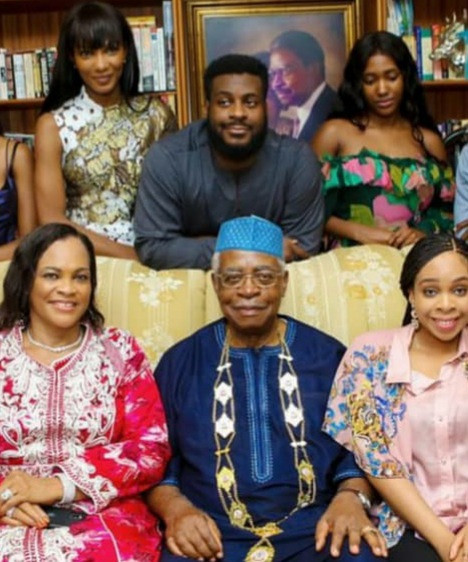