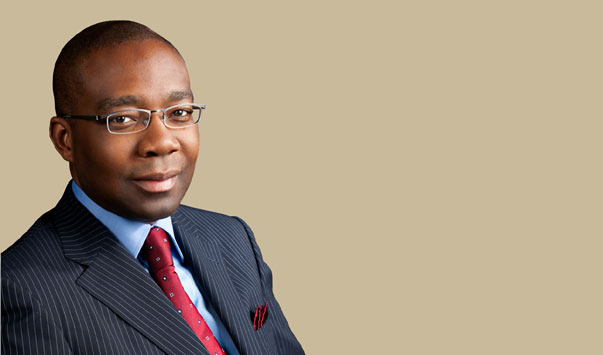 Since his retirement as Managing Director of Access Bank Plc, Aigboje Aig Imoukhuede has been living life differently.

He is never too present on the social scene, but makes an appearance when necessary.

Such has been the style of the man who made a bold statement with his 50th birthday which held in London sometimes back.

Having made a bold statement with the party, Imoukhuede faded out only to return recently.

He was one of the mega rich and stylish guests who recently stormed a party which held in Lagos State.

Dressed in a white shirt and black pant, the amiable man chatted with friends and old colleagues alike.

Imoukhuede, indeed confirmed his amiability. Despite being out of the bank, he still had the special touch which made many love him as a banker.

Abdulsamad Rabiu Is Back On The Scene