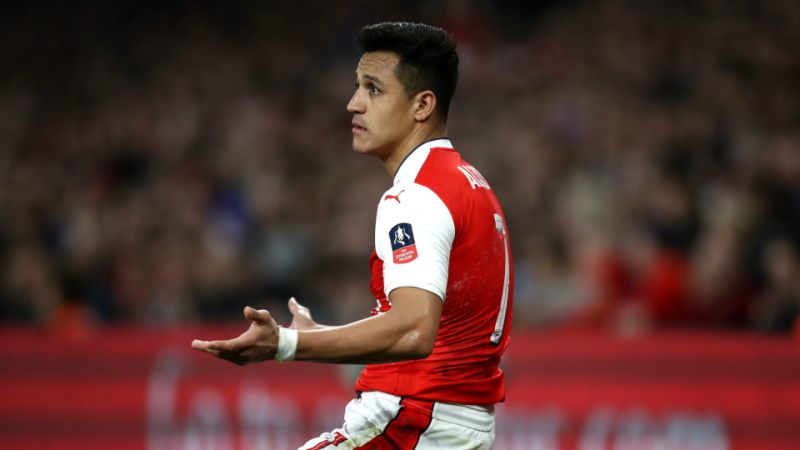 City have been heavily linked with a move for Sanchez, who is out of contract in mid-2018, in the off-season.

Guardiola, whose team face Arsenal in an FA Cup semi-final on Sunday, gave one of his strongest indications yet that he would love to sign the Chilean, comparing him to Messi – considered one of the greatest players of all time.

“How do big clubs improve their teams? With better players. So of course big clubs around the world are going to know his situation,” he told UK newspapers.

“When the big, big players go to Barcelona they understand that Lionel Messi is unique.

But Alexis is just one step below. Alexis is a fantastic player and I’m so happy how he’s playing at Arsenal, especially this year scoring goals.

“Put Kevin De Bruyne with one year left on his contract and see how many teams [are interested].”

Sanchez has scored 23 goals in all competitions this season, but Arsenal are struggling in seventh in the Premier League.

His stunning free-kick against Middlesbrough helped them to a win last time out and Guardiola said it was that type of magic which separated Sanchez from other players.

“Good players make these kind of things – the difference. He’s a player of that level.”