After a long while, most wounds eventually heal.

This is evident in the peace recently found by siblings Gbemisola and Bukola Saraki.

The duo declared war on each other several years back when the former Senate President chose to create his own political structure rather than follow that of his father, late Olusola Saraki. 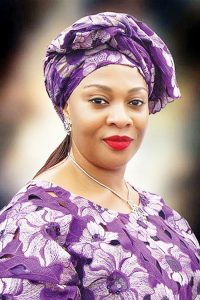 The situation thus saw the duo charting separate political courses, as Gbemisola remained with her father.

Since then, the duo have been at daggers drawn, cutting at each other at every opportunity.

Several efforts geared at seeing both of them sheathing their swords failed, as they hardly saw eye-to-eye during their father’s burial.

However, they appear to have made peace with each other, as they were recently spotted at the 8th fidau prayer anniversary of their deceased father smiling with each other.