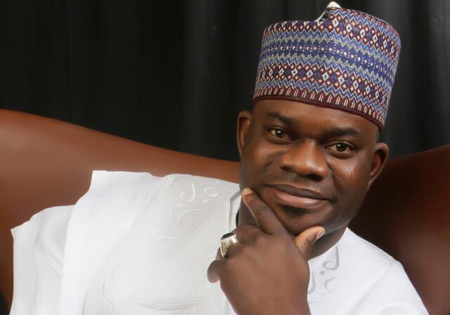 Ahead of the 2023 Presidential election, Kogi State Governor, Yahaya Bello has stated that the ruling All Progressive Congress (APC), would produced a unified candidate.

His statement follows the agitation by different political zones on who  should produces the candidate to succeed President Muhammadu Buhari.

Bello is quoted to have said the APC would produce a president in 2023 that would unify the country.

Sspeaking on Politics Today, a Channels Television programme, on Thursday, November 20, Bello said the Peoples Democratic Party (PDP)’s ambition to take back power is a “lofty dream” and ”castles in the air.”

Governor Bello said the northcentral has the right to produce the next president of Nigeria.

He said the majority of Nigerians would accept the APC’s candidate in 2023.

“The majority of Nigerians irrespective of religion, ethnicity or where they come from will accept 100 percent in 2023,” Bello said.

Further, the governor said Governor David Umahi of Ebonyi should be awarded politician of the year for defecting to the APC.

Between Bukola And Gbemisola Saraki