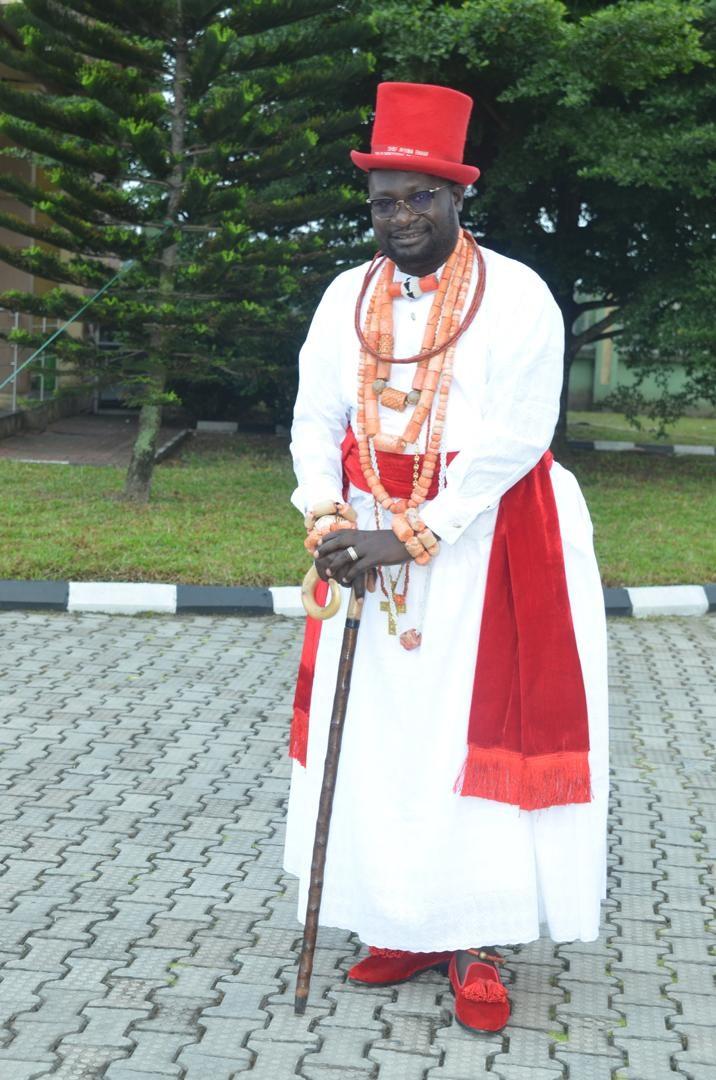 To be stripped of an exalted title is a big disgrace to a man who titles mean a lot to. Indeed, it is nothing but a disgrace.

This is the blow that has been dealt to Ayiri Emami, one the most famed socialites from Warri, Delta State.

Once the Ologbotsere (traditional prime minister) of Warri Kingdom, the title has now been stripped off the bearded man by the Olu of Warri, His Majesty Ogiame Atuwatse lll.

Like a man who had lost his honour, Emami was disrobed as the Ologbotsere, the traditional Prime Minister of Warri kingdom.

The monarch disclosed this during a meeting reportedly with descendants of the Ologbotsere family at his palace in Warri South council area of Delta State today Tuesday, October 5.

The official announcement was made by Chief Mena Brown on behalf of the Olu of Warri at the meeting. The monarch reportedly instructed the people of Itsekiri nation, especially the Ologbotsere family, to henceforth cease addressing the embattled Chief as Ologbotsere

A video making the rounds on social media showed the Atuwaste lll seated on his throne while Chief Brown Mene addressed the Ologbotsere family in Itsekiri language.

Recall that Emami’s emergence as the Ologbotsere was amidst controversies. He is also said to have been opposed to the coronation of the new Olu of Warri, as he failed to appear for the revalidation and confirmation exercise of Chiefs of the kingdom in September.