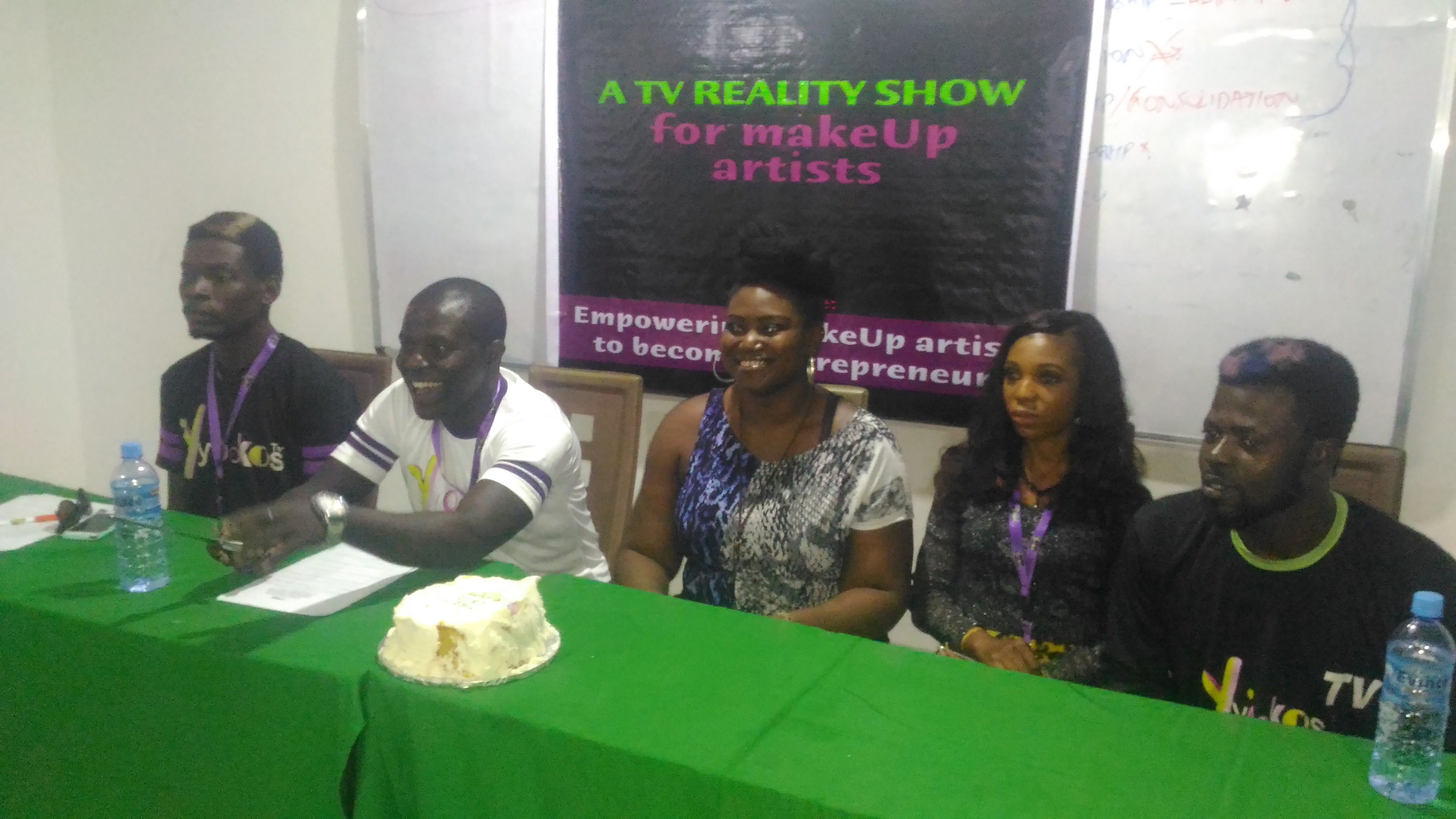 Yesterday, organisers of the first Make-up reality show in Nigeria, Yyookos announced the end of registration for the reality show and the commencement of proceedings for the awards. The event that held at the Oxford Hotel in Lekki Lagos, had the who is who in the fashion industry in attendance.

According to Leke Shades, one of the coordinators and instructors of the budding talents, “We want to make sure that the finalists understand what it means and what it takes to be a professional make-up artiste. It is not about the winner alone. By the time they all leave the show, whether they win or not, they will all be professionals in their rights and they can go out there and make a living for themselves.”

Winners of the reality show will go away with numerous prizes. “We want to deemphasize on the physical prize they are going to take home. It is more about the skills they will begaining by the time they finished the show. We at Colours of Cue decided to partner The Make-up reality show because it is time that the art is really seen as an industry that it is. We will be giving them all free training which they will get a certificate for at the end of the show. We will also give them kits and trainings on how to create their own make-up,” said Mrs Ayo of Colours of Cue, one of the brand sponsors of the show.

Also speaking was Adelokiki Adeyomi, the founder and CEO of Yyookos. He explains why he started the reality show. “I am not a make-up artiste as you know. Our outfit Yyookos is more about entertainment and pageantry. But I saw that there was a gap on TV. There is a reality show for everything but such a big industry like the make-up industry does not have a show on television. So I decided to look for the best hands in the industry to partner with. We met with Colours of Cue and they came on board almost immediately. Also Leke Shades, Darlington, and Estella Courture, they were all excited to do this.”

He also spoke about the prizes winners will get. Asides from all the trainings that cost millions, the winner will be going home with N250,000. We believe with all the knowledge we impact, the winner can set up a good make-up enterprise with the money. Other runners-up will also go home with cash prizes as well,” Adeyomi says.

CAUGHT IN THE ACT! COULD THIS BE RAYMOND TAIWO?