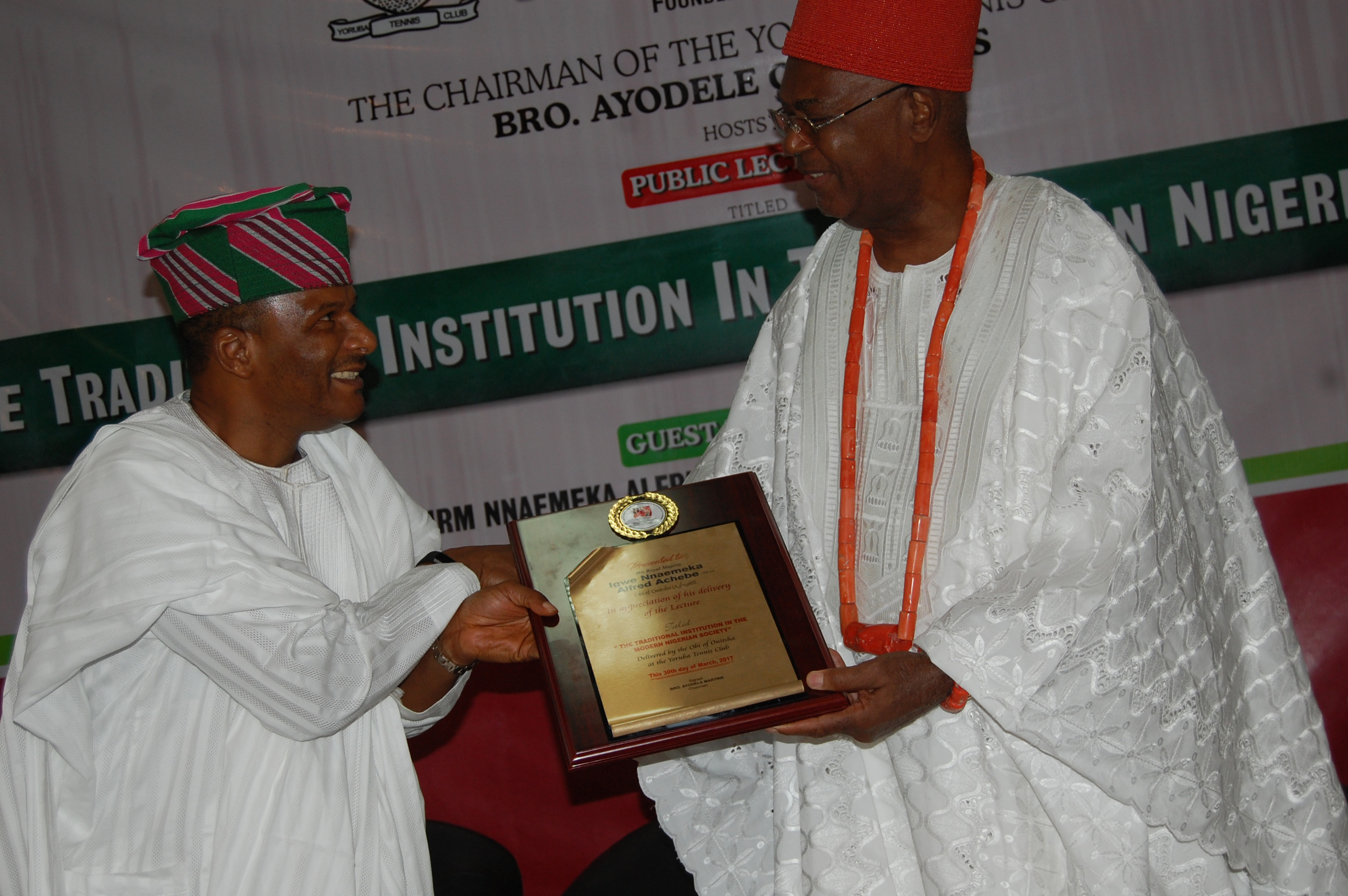 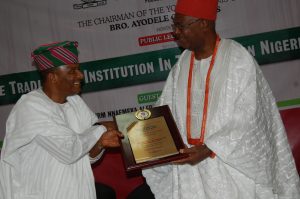 The prestigious Yoruba Tennis Club played host to eggheads from all works of life including the Obi of Onitsha on Thursday, March 30.

Delivering his lecture, after the welcome address by the club’s Chairman, HRM Achebe did justice to the topic attracting applause on several occasions from the guests in attendance, as he foray into the history of traditional institution proved impressive and intact.

The speaker took time to explain both traditional and modern institution in relation to the topic delving into the colonial and the military eras, the new political elite and even making references to research works to the amazement of guests present who couldn’t help applauding his scholarliness.

Founded on 15th September 1926 in Lagos, the Yoruba Tennis Club created a venue for Nigerians regardless of their religion and lineage to socialise playing tennis.

Though tagged Yoruba Tennis Club, membership extends to non Yoruba friends who believe in their aims and objective and are genuinely interested in becoming a part of it.