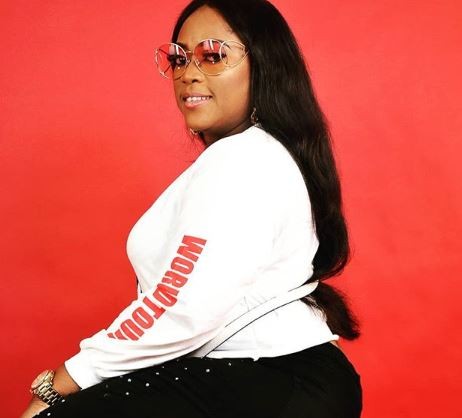 Deportation has a way of turning people into a recluse. If you are a socialite or a public figure, the situation becomes worse for you.

Nollywood actress, Lola Margret, who has been off the social media having been deported from America for fraud recently came back.

Margaret  got nabbed after  her account was flagged. She was suspected to have been withdrawing huge sums consistently before she was arrested.

After she was released and deported from the US, she relocated to her hometown in Osun State where she maintained a low profile for a while.

She returned to social media last week and  used the opportunity to thank God, describing herself a a product of grace.

In one of her posts, she described her self as a ‘product of grace’. She wrote, ‘all glory be to my awesome God. From the depth of my heart I say a very big thanks to y’all for your beautiful comments, prayers and love.thanks for this huge acceptance. I am grateful. Vote of thanks coming soon’.

Why I Rejected £10,000 To Act In A Movie-Shola Dorcas Fapson