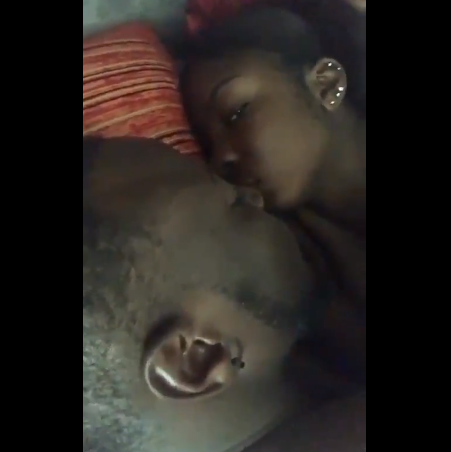 Many people think of pain and sex as deeply incompatible. After all, sex is all about pleasure, and pain has nothing to do with that, right? Well, for some individuals, pain and pleasure can sometimes overlap in a sexual context; but how come? Continue reading to find out.

The relationship between pain and sexual pleasure has lit up the imaginations of many writers and artists; especially with its undertones of forbidden, mischievous enjoyment.

Still, practices that involve an overlap of pain and pleasure are often shrouded in mystery and mythologized; and people who admit to engaging in rough play in the bedroom often face stigma and unwanted attention.

So what happens when an individual finds pleasure in pain during foreplay or sexual intercourse? Why is pain pleasurable for them; and are there any risks when it comes to engaging in rough play?

Here we explain why physical pain can sometimes be a source of pleasure, looking at both physiological and psychological explanations.

Also, we look at possible side effects of rough play and how to cope with them and investigate when the overlap of pain and pleasure is not healthful.

Physical pain as a source of pleasure

First of all, a word of warning: Unless a person is specifically interested in experiencing painful sensations as part of their sexual gratification, sex should not be painful for the people engaging in it.

If you experience unwanted pain or any other discomfort in your genitals during sex, it is best to speak to a healthcare professional about it.

But how can pain ever be pleasurable? According to evolutionary theory, for humans and other mammals, pain functions largely as a warning system, denoting the danger of a physical threat. For instance, getting burned or scalded hurts, and this discourages us from stepping into a fire and getting burned to a crisp; or drinking boiling water and damaging our bodies irreversibly.

Pleasure and pain are both tied to the interacting dopamine and opioid systems in the brain, which regulate neurotransmitters that are involved in reward or motivation-driven behaviors, which include eating, drinking, and sex.

In terms of brain regions, both pleasure and pain seem to activate the nucleus accumbens, the pallidum, and the amygdala, which are involved in the brain’s reward system, regulating motivation-driven behaviors.

Thus, the “high” experienced by people who find painful sensations sexually arousing is similar to that experienced by athletes as they push their bodies to the limit.

There is also a complex psychological side to finding pleasure in sensations of pain. First of all, a person’s experience of pain can be highly dependent on the context in which the painful stimuli occur.

Experiencing pain from a knife cut in the kitchen or pain related to surgery, for instance, is bound to be unpleasant in most, if not all, cases.

However, when a person is experiencing physical pain in a context in which they are also experiencing positive emotions, their sense of pain actually decreases.

So when having sex with a trusted partner, the positive emotions associated with the act could blunt sensations of pain resulting from rough play.

Another reason for engaging in rough play during sex is that of escapism.

“Pain,” explain authors of a review published in The Journal of Sex Research, “can focus attention on the present moment and away from abstract, high-level thought.”

“In this way,” the authors continue, “pain may facilitate a temporary reprieve or escape from the burdensome responsibilities of adulthood.”

”It’s a break free from your real world, you know. It’s like giving yourself a freaking break.”

Potential side effects of play

Researchers Richard Sprott, Ph.D., and Anna Randall argue that, while the emotional “crash” that some people experience immediately after rough play could be due to hormonal changes in the moment, drops that occur days later most likely have other explanations.

Like the high offered by the mix of pleasure and pain in the moment, which may be akin to the highs experienced by performance athletes, the researchers liken the afterplay “low” with that experienced by Olympic sportspeople in the aftermath of the competition, which is also referred to as “post-Olympic depression.”

Whatever a person decides to engage in to spice up their sex life, the key is always consent.

All the people participating in a sexual encounter must offer explicit and enthusiastic consent for all parts of that encounter, and they must be able to stop participating if they are no longer interested and willing.

Research suggests that fantasies about unusual or rough sexual play are very common, and some people decide to take the fantasy out of the realm of imagination and make it a reality.

If you decide to stray from “vanilla” sex and try other flavors too, that’s fine, and there’s nothing wrong with you. Just make sure that you stay safe and you only engage in what you enjoy and feel comfortable doing.

DISCOS and the Case for an Encore for Fashola