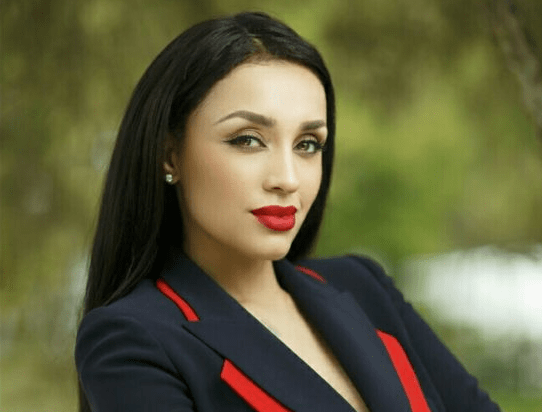 In the days when Adams Oshiomole was the Governor of Delta state, his beautiful wife Iara, was almost everywhere with him.

The beauty from Cape Verde attended official event and even social gatherings with her husband, such that she almost threatened the office of the Deputy Governor, almost taking over the responsibilities of the second citizen.

However, things have since changed, as unlike before when Lara used to be everywhere, she has now thinned out, and next to nothing is being heard about her.

While she still surfaced occasionally in the last days of her husband in office, she has simply become redundant with Oshiomole becoming his party All Progressive Congress (APC) chairman.

The situation has thus led to the question about her where about. Asides the probability that she might have withdrawn back into playing the role of the typical house wife since the office of the party chairman doesn’t offer her room like the office of the First lady did, the probability that the fair-complexioned woman might just have gotten tired of the rigours of playing the role of the wife of a politician has also been speculated.

There are also those like Candy Stallworth who say her thinning out of circulation could be related to a troubled marriage once speculated to have led to Iara seeking divource from her husband whom she alleged of being fetish?

Whatever the situation, indeed, Iara has become a scarce commodity who got married to Oshiomole in