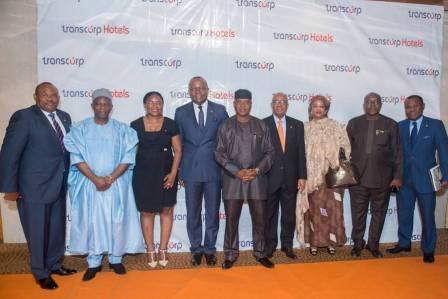 The list is compiled annually with each company listed assessed based on total turnover as well as net profits. Despite the recent economic challenges in the country, Transcorp has continued to focus on improving lives and transforming Nigeria as they join the list of Africa’s stellar performers.

According to Transcorp Plc. President/CEO, Emmanuel Nnorom, the recognition is most welcomed and has become proof that it is possible to be financially profitable when you focus on the best interest of the country and the people.

Nnorom also noted that Transcorp has been recognized as one of Africa’s top 500 companies despite the fact that its investments are currently situated in Nigeria only.

A handful of notable Nigerian companies also appeared on this year’s list of Africa’s best including Dangote, and Nigeria Breweries.

About Transnational Corporation of Nigeria (Transcorp) Transcorp is a leading diversified conglomerate with focus on acquiring and managing strategic businesses that create long-term shareholder returns and socio-economic impact. Its business interests are in four strategic sectors: Power, Energy, Hospitality and Agriculture.   Incorporated on November 16, 2004 and quoted on the Nigerian Stock Exchange, Transcorp has a shareholder base of about 300,000 investors, the largest of which is Heirs Holdings Limited, a pan-African proprietary investment company. Transcorp’s other notable businesses include the award-winning Transcorp Hilton Hotel, Abuja; Transcorp Hotels, Calabar; Transcorp Power Limited which acquired Ughelli Power Plc, owner of the Ughelli Power Plant and Transcorp Energy Limited, operator of OPL 281.

Related Topics:Managing Director/Chief Executive Officer of Transcorp Hotels PlcslideshowTRANSCORP AGRIBUSINESSTranscorp Plc. rises to a Top 500 company in Africa
Up Next