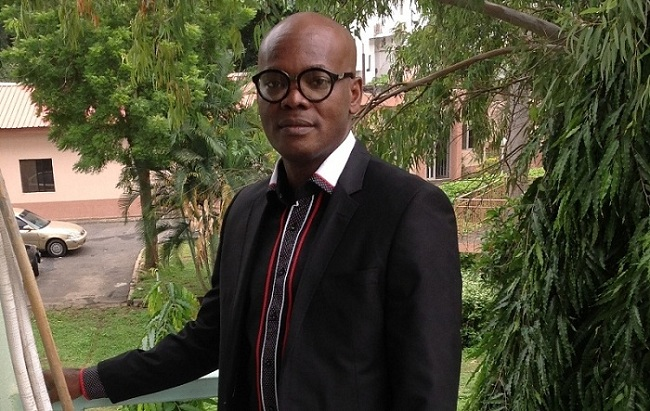 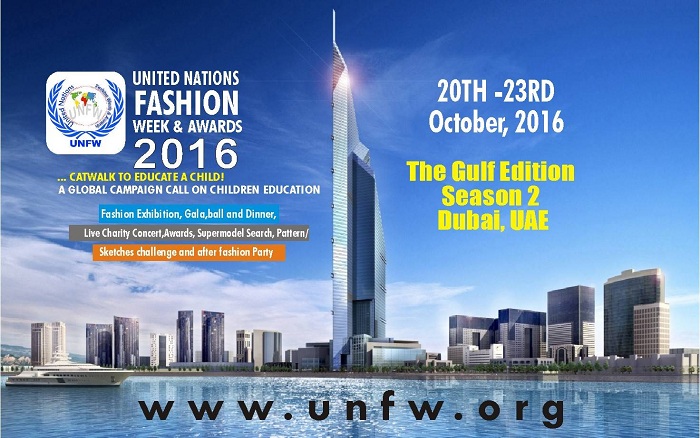 About 190 world class designers from more than 120 countries are expected to be at the 2016 and second edition of the United Nations Fashion Week and Awards in Dubai.

According to the president of the event and United Nations Ambassador, Mr. Busch George, the event which had its maiden edition in New York City, United States of America, in 2015, will be moving to Dubia,United Arab Emirates by October 2016, after which it will be heading to China in 2017.

Mr. Busch George stated that they will be banking on the success of the 2015 edition to put up an event that will leave a crested impact in the memeories of the participants come October 2016.

United Nations Fashion Week and Awards [UNFW] celebrates artistry, honoring excellence in fashion and style. It is globally produced and managed by Face of World Organisation, an initiative founded by a team of goodwill and United Nations Ambassadors, with the sole aim of using Fashion as a means for cause campaign.

Aside bringing top designers and models from different countries of the world together, Mr. George also added that the event will also provide a huge platform for emerging designers from developing nations especially to meet with others and network.

“While we are raising fund for Global Children Education, we are also raising hope for emerging designers from across the world. The established ones will find a brand new market and the emerging ones will walk home with lots of experiences that will help their businesses grow.

We are looking forward to a successful outing, and I am glad that we have a team of enthusiastic UN Ambassadors who have already started working to make the event a success” the renowned event manager, Mr. Buchi George said.

The event is which is tagged ‘The Gulf Edition’ is expected to feature fashion exhibition; gala, ball and dinners; live charity concerts; awards, super model search, pattern/sketches challenge and after fashion party, will be kicking off on the 20th of October, 2016, rounding off three days after on 23rd at Dubai, United Arab Emirates. More information are on the event’s official website, www.unfw.org.