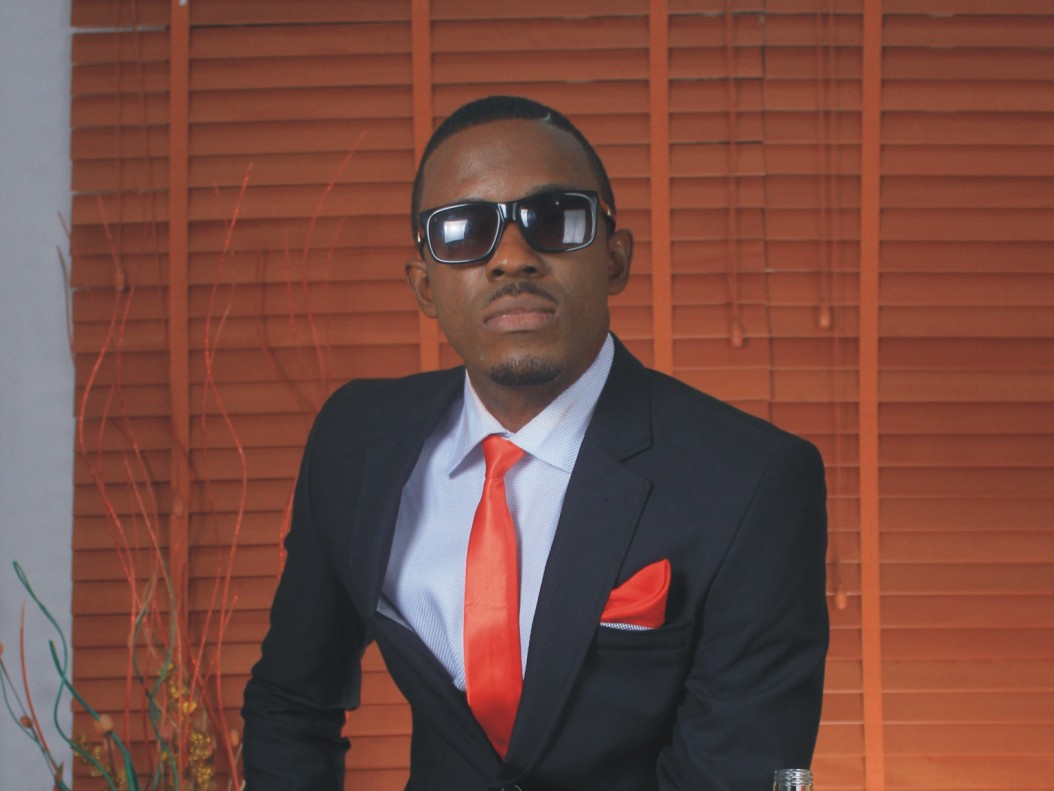 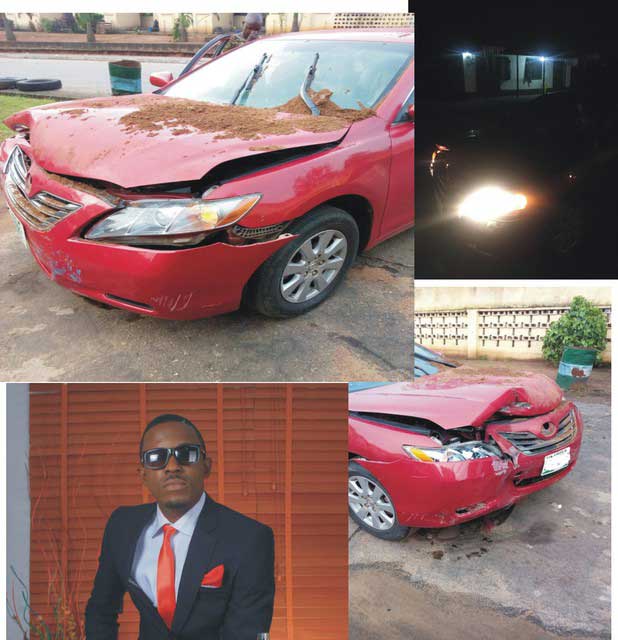 Popular Singer and Grindiin Records CEO, Tito Da.Fire reportedly crashed his car into a stationary barrier at 4.15am Saturday 12, November 2016 Military Cantonment, Maryland Lagos on his way back from an event on the mainland.
According to a soldier who chose to remain anonymous,  they were on duty at the Cantonment barricades when a red Toyota Camry Muscle engaging Mobolaji Bank Anthony way from Adekunle Fajuyi, was nearly run over by a reckless truck driver. In attempt to swerve away from the truck, the Camry ran into the Military barricades at Cantonment. The truck driver did not wait.
Another eye witness who was driving behind The Camry said vehicle had two occupants who were helped out of the wrecked vehicle, as the driver was lying helpless on the ground after the soldiers pulled them out. They were rushed to to a nearby hospital for treatment.
Tito Da.Fire and a popular Mavin Records and Ray Power Fm DJ Chenz,  were earlier seen around 2am in a club in Magodo where the “Imagination” singer performed to the delight of the crowd.
Efforts to speak with Tito Da.Fire proved abortive as his mobile phone rang endlessly, a call to his manager TONY “Don T” Anifite was not returned as at press time. We pray for his speedy recovery.
Post Views: 524

I Don’t Have A Particular Kind Of Song – Reekado Banks