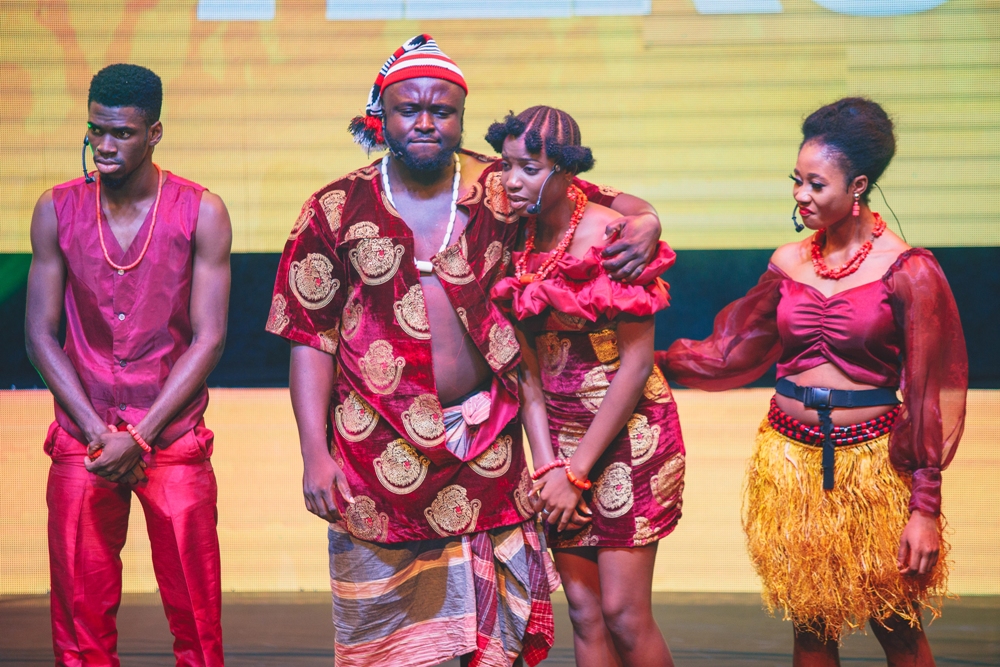 The stage is set for the finale of the highly viewed television reality show, The People’s Hero.

The road to the finale has not been smooth with 12 contestants evicted from the show last week after performances of Igbanku Nwanyi, the Igbo Traditional Wedding by the groups.

A rich interpretation of the Igbo culture and tradition began with Team Agwu treating the audience to a romantic flawless performance followed by Team Obidike’s electrifying presentation. Team Obinwanne’s piece was that of a tragic love story, creatively presented but laden with emotions.

Team Ofuobi also did not disappoint, as they thrilled the audience. Team Ichekwu rounded off the night with a very entertaining piece that explained the relevance of palm wine at Igbo traditional wedding ceremonies.

Team Ofuobi was, however, the one to make it to the final, joined by Justice, Amarachi, Elvis and Joel who the judges chose to save from eviction.

As the show comes to an end, the finalist will compete individually, as the winner goes homes with N7 million, while the first and second runners up will win the sums of N2 million and N1 million respectively.

An initiative of Hero Lager Beer, a brand of International Breweries Plc, The People’s Hero seeks to celebrate the richness and the beauty of the Igbo culture through singing, dancing, spoken word and acting.

Cardi B Gets Nigerian Name, Now Chioma B