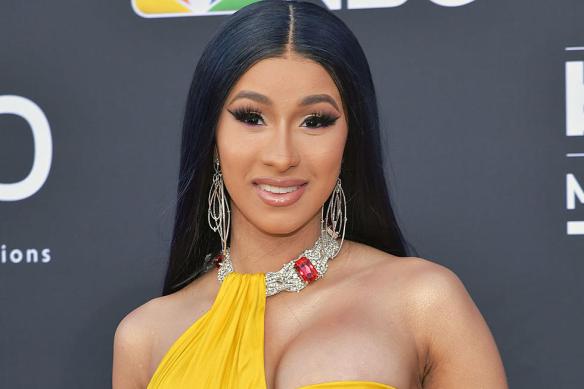 The ex-stripper who is visiting Lagos for the ‘Livespot X Festival’ holding tomorrow has since adopted the name ‘Chioma B’.

Cardi B unveiled her adopted name on her Insta story on Friday, attaching it to her video portrait. 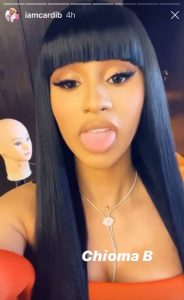 In her insta story, Chioma B unveiled her name showing views of some parts of Lagos before her new name tag.

The rapper who arrived Lagos on Thursday night will fly out to Ghana after her show in Nigeria.

Cardi B whose real names are Belcalis Marlenis Almánzar is known for rap songs such as ‘I Like It’, ‘Invasion Of Privacy’, ‘Money Bag’, ‘I Do’, ‘Best Life’ and others.

Related Topics:Cardi B Gets Nigerian Name; Now Chioma B
Up Next

Sowore: Davido Says Justice Now A Thing of The Past