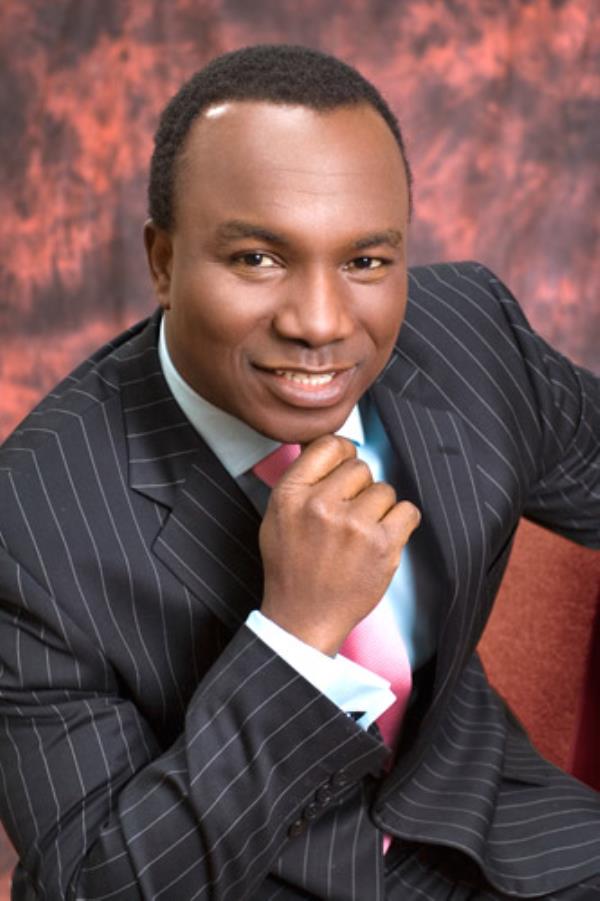 Since when did Pastor Sunday Adelaja becomes the devils advocate?

Arguably one of the Nigerian pastors who was doing greatly in Europe is Sunday Adelaja, the founder of Embassy of the Blessed Kingdom of God for All Nations. He had one of the largest churches in the world and one of the highest number of members any pastor could think of.

Anything that has to do with a successful ministry was associated with him, he was the man everyone wanted to be like. Infact, he got to a point in ministry where he was involved in decision making in Ukraine and became a reference point for popular preachers in Nigeria.

He had a lot of followers online too, his live videos, podcasts, youtube videos were the talk of the town due to the kind of teachings he taught, they were glorifying and edifying to the spirit but in one way or the other, he singlehandedly invited the devil into his life and fell drastically from grace to grass and from the leader of one of the largest churches to a clergy without pulpit and thus because one of  to the devils advocate attacking the real men of God.

His attacks on men of God however isn’t something shocking. For someone who has been drenched in several kind of sins ranging from fraud to deception, immorality,adultery and so on, he wouldn’t want to go down the drain alone but would want to drag other men of God with him and unknown to him, he is putting more coal to the fire of punishment that is being prepared for him.

All this didn’t just happened suddenly.  As the saying goes, ‘Pride goeth before destruction’.  One of the things that killed the ministry of Pastor Sunday Adeleja was pride. He had almost everything a Pastor should have but not humility. He was a hot cake then and placed himself so high against what the bible preaches. He began to attack Nigerian pastors and their teachings. He began to point out the wrongs in their teachings, he turned himself to a judge whereas, even the bible asks us not to Judge so we won’t be judged. He refused to take off the dirt in his own eyes first but busy advocating for the devil.  His case is like kettle calling the pot black. He    didn’t think about all these, all because of pride and according to the bible

“How you have fallen from heaven, O star of the morning, son of the dawn! You have been cut down to the earth, You who have weakened the nations! “But you said in your heart, ‘I will ascend to heaven; I will raise my throne above the stars of God, And I will sit on the mount of assembly In the recesses of the north. ‘I will ascend above the heights of the clouds; I will make myself like the Most High.’

“Nevertheless you will be thrust down to Sheol, To the recesses of the pit.’’

It all started with adultery scandal which erupted only after some women revealed the affairs to other area pastors, who made information public and initiated investigation.

Mr Adelaja, who earlier repeatedly denied being involved in sexual relationship with parishioners, was unfrocked and removed from leadership of the church, preaching, and counseling, according to the Russian Union of Christians of Evangelical Faith (ROSHVE).

The decision was taken after the US settled Apostle Tuff Ulissis, who performed spiritual care for Sunday Adelaja for several years, sent a letter to all the leaders in the “Embassy” that shed light on the gravity of the situation.

During the meeting with pastor Adelaja and his wife, pastor Bose Adelaja, Mr Ulissis found out that Adelaja confessed to having affairs with at least 20-30 women both single and married (and probably even more as he could’t tell the precise number of victims) and repented of his sins but did it in perfunctory manner.

The clergyman also talked to women, both married and single, who told him about Adelaja systematically using various manipulation techniques, flattering words, and his own position to force them into sexual encounters.

In a letter Apostle Tuff Ulissis wrote: “All the stories were equally horrific, disgusting and depressing. People are very sorry about the current situation with the pastor and wanted him to have psychiatric help.

I made it clear that my aim is not to destroy either the Embassy of God, because many people have found help in the church or Pastor Sunday as a person. I wanted to make sure that everything has been done to these women and the couples have received care, reconciliation and redeeming restoration.”

Interestingly, Adelaja’s confession came one month after he shared a video on his blog titled “Sexual Sin Is Not Enough to Take You to Hell.” (now deleted) What is even more surprising is that the church has not issued a public statement regarding the case as an inside matter.

Meanwhile, Adelaja’s Facebook and blog are still active. By the way, he was also accused of being involved in fraud and the dealings of King’s Capital, a financial group led by a former member of his congregation. Adelaja is reportedly planning to move from Ukraine to Nigeria for some time.

However, after facing all these struggles which is the devil’s handwork, instead of asking for forgiveness and repenting, he went ahead and started attacking real men of God, looking for ways to drag them to the mud he is. Could it be depression or frustration?

The first Man Of God he criticised was the General Overseer Of The Redeemed Christian Church Of God, Pastor E.A Adeboye, he pointed out a mistake in his teaching and called him a lair

In a video published to YouTube, Adelaja replays a video of Adeboye lecturing on the subject ‘Sacrifice Overturns Wrath’ in which he quotes Psalm 41:1-3, using the Scriptural reference to encourage attendees to financially partner with his ministry.

“If you are a giver, when you are sick, God will visit you”, Adeboye is seen stating in the video, while reading out from the bible.

But Adelaja pointed out that Psalm 41 actually states, “Blessed is he who considers the poor; the Lord will deliver him in time of trouble”.

He explained that the context refers to giving to the less privileged, not to a church or pastor. The founder of Embassy of God described Adeboye’s interpretation as a “broad daylight lie. He is twisting the Bible just for people to give to him’’

Few days after Pastor Sunday Adelaja,the General Overseer of the Kiev, Ukraine-based Embassy of the Blessed Kingdom of God for All Nations, attacked Dr. Paul Enenche, the founder of Dunamis International Gospel Center. He accused him of using magic and rituals to perform miracles without any cogent proof, the church however replied him and asked him to face the many scandals hanging on his neck.

He also attacked The Founder Of Believers’ world AKA Christ Embassy, Pastor Chris Oyakhilome, The Founder Of The Synagogue Church Of All Nations, Prophet TB Joshua and accused them of faking miracles.

This kind of person should be likened to Satan who was sent away from the midst of angels in heaven and started tormenting the children of God and even at that, Satan’s sins wasn’t as much as this before he was sent off. Hence, Sunday Adelaja should be seen as the Devil’s master.

Related Topics:slideshowSunday AdelajaSunday Adelaja : The Devil’s Master Or The Fallen ‘Angel’ looking for saints to drag in the mud
Up Next

How about 3 Sitting Presidents for Nigeria? By Tony Ogunlowo

Next Level to What? By Lanre Oyegbola