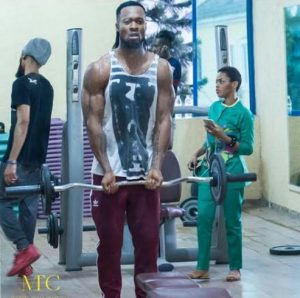 Singer, Chidinma might just have confirmed that there is indeed something between herself and Flavour Nabania.
Months back, there had been speculations about the duo being in a relationship. However, they both denied it.
The rumour was also not helped by romantic scenes from the shoot of some videos.
A recent situation that saw the female singer deleting most of the pictures in her instagram account except those she took with Flavour has led to insinuations that she must consider him special to have left his pictures.
Although she subsequently deleted the pictures with the singer, some music pundits insist that the fact that she initially left Flavour’s pictures confirms their relationship while others say it is a gimmick to promote a new single titled “Fallen In Love”.

All I Have For My Fans Is Good Music – 2Baba