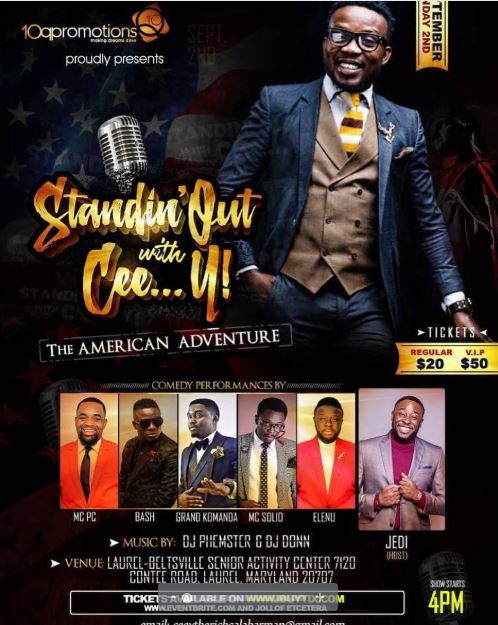 The multi-talented act leaves nothing to chance while the preparation is at the top.

“All my materials for the show are new, mature and entertaining,” revealed Cee Y.

Cee Y has appeared on several local and international shows at; MNET Comedy Club in Lagos, Uganda, Kenya and Standup Nigeria to name a few.

The comedians aligned are; PC Mc, Bash, Grand Komanda, Mc Solid, Elenu and the host of the event is none other than the well-fed comedian of the Federal Republic of Nigeria, Oluwatosin Jedi Ayo.

You can not afford to miss this show!

Related Topics:Cee YslideshowStand out with Cee Y (The American Adventure) in Top Gear
Up Next