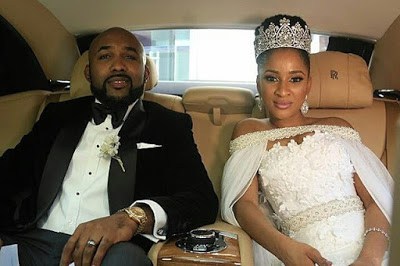 2017 witnessed a lot of weddings. Some were classy, tasteful and mind-blowing, while others were just not as big as expected, while some others were mere waste of money. Around The City presents some wedding that caught our attention this year. 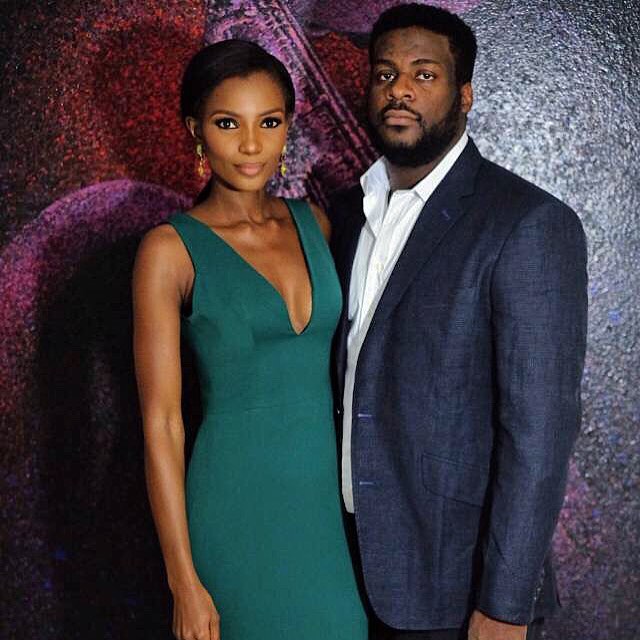 This was one nuptial unexpected by a lot of people. Basically, Agbani Darego announced it on her Instagram page after it had all gone down. The couple had met in New York and kept it cool. The truth is that very few people saw it coming, as the relationship that led to the union was devoid of gossip.

After many had linked Darego to former Managing Director of the Niger Delta Development Commission (NDDC), Timi Alaibe and nothing came out of the rumour, Darego, the first African Miss World knew better than to ask for a carnival-like wedding.

With Ishaya Danjuma, son of Nigeria’s former defense minister and popular businessman, Theophilus Danjuma she opted for a quiet and tasteful ceremony of only 35 guests on Saturday, April 8.

The wedding held at Marrakesh, Morocco and it was breathtaking. As usual, Darego proved she had not lost her taste, as pictures of the event at Amanjena Luxury Resort were breathtaking.

Prior to the wedding, the mother of the bride had pleaded with family and friends to respect the privacy of the couple, but party birds didn’t listen.

On the wedding day, guests dressed in a particular Ankara fabric thronged the venue only to be locked out.

The reason was simple; the fabric believed to be the official attire for the wedding was neither from the family of the bride nor the groom.

This incident left a sour taste in the mouth of guests locked out of the venue. 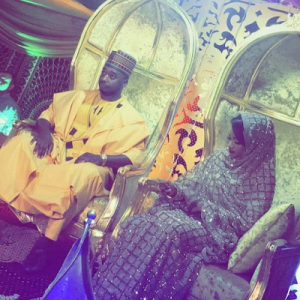 The need to foster lasting relationship saw two rich and influential families from the north coming together in matrimony.

Married inside the Indimi Mosque in Maiduguri, Borno State on Thursday, January 14, the groom was Mohammed Indimi’s son Mustafa, while the bride was Hadiza, the niece of Ali-Modu Sheriff.

Like every wedding amongst the elite from the north, it boasted of class, tradition and style, as families of both the bride and groom left no stone unturned to ensure a statement making ceremony.

The interesting thing about this wedding was the fact that it looked like for the umpteenth time an Indimi scion got married. 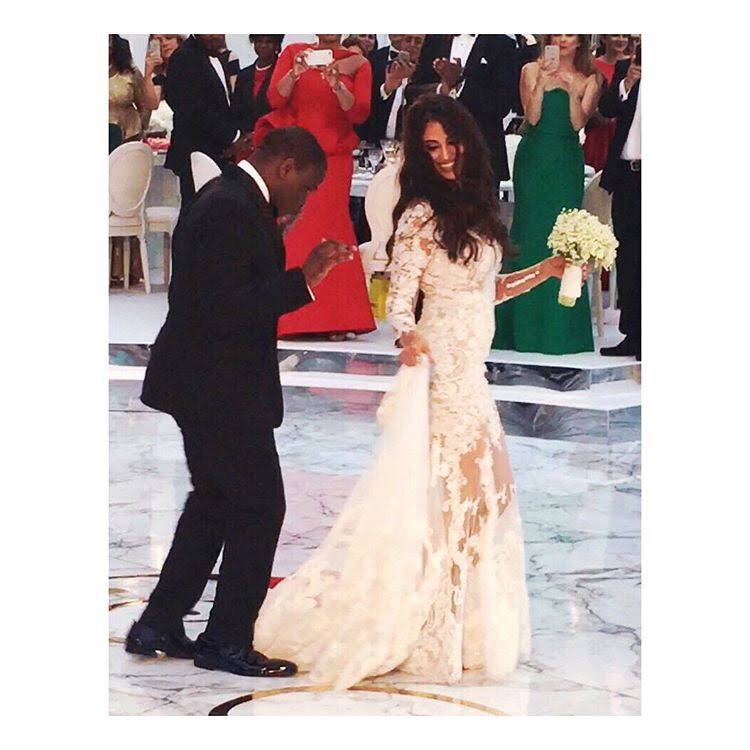 Indeed one of the classiest weddings of the year, the nuptial between Folarin Alakija, son of billionaire business woman Folorunsho Alakija and his beau Nazanin Ghaissarifar was out of this world.

Estimated to have cost the mother of the groom 2 Billion Naira ($ 6 million), the wedding held across two continents.

The first part held in Nigeria, before the groom’s mother broke the bank to accommodate almost all of the celebrity designers in London all in a bid to ensure a fairytale wedding for her son.

Indeed, Folarin got the wedding of his dreams, as the nuptial, which took place at Blenheim Palace Oxfordshire, England happens mostly in movies. 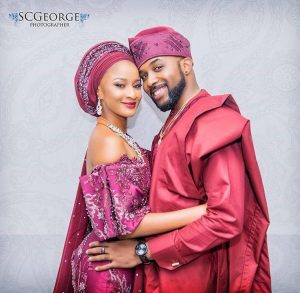 As far as the entertainment industry is concerned, Adesua Etomi and Bankole Wellington had one of the most celebrated weddings.

A wedding that started on the set of a movie titled: ‘The Wedding Party’ later manifested into reality.

A low-key introduction was followed by an equally small, but meaningful and classic civil ceremony at Four Point by Sheraton officially making the couple man and wife.

The white wedding would have followed immediately, but for the groom who had to go for surgery due to a recurring skin cancer.

That done, the couple moved to South Africa where they celebrated a colourful white wedding with family and friends. 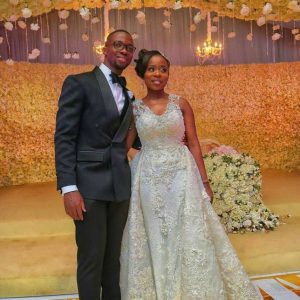 The nuptial of Ayomide Amosun and Oladipupo Dabiri-Erewa held in the rocky city of Abeokuta on Saturday, July 8.

A marriage between two power houses, the bride was the scion of an ex-Senator and the incumbent Governor of Ogun State, while the groom came from an equally influential family. Basically put, his mother is currently the Special Adviser to President Buhari on Foreign Relations and Diaspora.

Perhaps a union made in heaven and executed on earth, the wedding of this couple had in attendance some of the most notable individuals in Nigeria such as Vice President, Professor Yemi Osinbajo, his wife, Mrs. Dolapo; former President Olusegun Obasanjo; Senate President, Bukola Saraki; Speaker of the House of Representatives, Yakubu Dogara; Ooni of Ife, Oba Adeyeye Ogunwusi, Ojaja II; Senator Olorunmimbe Mamora; the Governor of Oyo State, Abiola Ajimobi; Governor Akinwunmi Ambode; Aliko Dangote, Femi Otedola, Dele Momodu, Segun Agbaje; Zahra and Yusuf Buhari among many others. 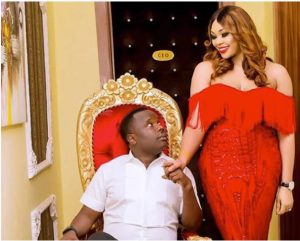 Ehi Ogbebor and Kenneth Oboku’s wedding caught the attention of a lot of people because of the gift items given to selected guests who attended.

While Ehi is known as a foremost interior designer, her man is described as a business man. The duo got married in Benin City on Saturday, November 18 in an incredibly lavished affair.

The high point of the marriage was when guests were given gifts including two brand new Camrey cars and several microwave ovens as souvenir.

Unlike weddings where the bride is sprayed with $100 bills to make a statement, this ceremony saw the beautiful mother of two who is trying marriage for the second time being showered with $100 notes.

Halimah Babangida’s wedding to Auwal Abdullahi was a colourful one. Like all northern weddings, it was full of tradition.

However, one interesting thing about the wedding, which held at Babangida’s Hill Top residence in Minna, Niger State was the personalities it attracted.

A total of 26 private jets and four police and air Force aircrafts touched down for this nuptial. Present at the wedding were top government officials and wealthy businessmen.

OONI OF IFE, OZOLUA PARTNER TO TACKLE MALNUTRITION IN AFRICA

Good Tidings For The Adeyemi