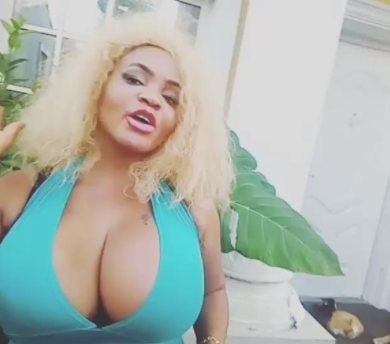 The reactions that have been pouring in since actress Coast Orjiekwe shared pictures of her almost naked boobs at a party have not been palatable.

The fair-complexioned lady has been receiving bashing from right, left and center.

Her critics are wondering why she keeps showing off her boobs, while some ask if she is not too old for the show of shame.

Coast has a jaw-dropping boobs and this has formed her major selling point.

Though described as an actress, she has only featured in a handful of movies.

Lesson Learnt: BBN’s Kemen Keeps His Cool During Made In Gidi Party

Aging Single Ladies: Juliet Ibrahim Is Holding Brief For You