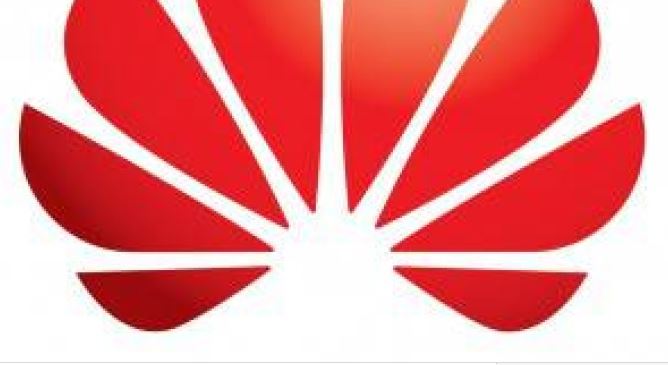 Huawei Technologies Company Nigeria Limited, the local arm of the Chinese-owned Information Communication Technology firm with a presence in 170 countries, has been cheating Nigeria and Nigerians since it opened in the country in 2005. Huawei provides 72.65% of the end-to-end telecommunication services in Nigeria, leaving other vendors like Ericsson, Nokia, ZTE with less than 30% of the services.

Just as Huawei’s competitors are gasping, so is Nigeria, whose laws are treated with total indifference by the Chinese company. Sources disclosed that company regularly evades tax, repatriates capital and abuses expatriate quota among other illegalities. Sources added that the company also muzzles complaints from staff.

According to SaharaReporters it was gathered that in the last 18 months, Huawei, with generous assistance from the Human Resources Director, Dorothy Johnson, has freely trampled on the workplace quota approved by the Nigeria Immigration Services (NIS), which stipulates one expatriate to four Nigerians. This translates to 75% Nigerians and 25% foreigners.

It was also learnt that many of the foreigners have stayed way beyond the period they were legally permitted. They were also said to have rejected Nigerian understudies as required by the law. A source told this medium that the Nigerian quota is fraudulently swelled through the inclusion of citizens of ECOWAS member states, who require no work permit, and other non-ECOWAS nationals with fraudulently obtained work permits.

“How a multinational company could get away with this in a country where there is an anti-corruption war is a mystery,” said the source. Full-time staff contracts, sources also said, are renewable yearly, while leased workers face monthly contract renewal.

Huawei, SaharaReporters learnt, does not do this at its Republic of Benin office, where local staff have full-time contracts like their Chinese counterparts as stipulated by the country’s law.

Sources added that Huawei favours rotational and periodic recruitments. After every three months had explained a source, the company moves almost 80% of newly recruited staff to the outsourced platform, with the excuse that the staff failed in their probation period, thus giving an impression of obeying the regulations.

The company’s fraudulent practice was, on June 14, 2014, brought to the attention of the government, when one Mr. Jude Ifeanyi, a formerly leased staff of Huawei, submitted to the House of Representatives Committee a petition against the activities of the company. Earlier, Mrs. Abike Dabiri-Erewa, then a member of the House, had presented a brief to the House on the same issue on March 18, 2014. In his petition, Mr. Ifeanyi narrated how he wrote to the former Minister of Interior about the quota abuse in Huawei and the next day, his Chinese managers brought the petition to the office and bragged about having the Nigerian political elite under their thumb. A source told SaharaReporters Huawei employs children and wards of political elite as a strategy for avoiding official scrutiny and possible censure.

According to the source, the Huawei staff with number 364033 is the son of Governor Nasir El-Rufai of Kaduna State, while that with number 84369 is an in-law to Mr.Audu Ogbeh, Minister of Agriculture. One major gain of Ifeanyi’s petition, explained a source, and was that after its presentation, Huawei started granting maternity leave to its outsourced female staff.

“Before then, once you were pregnant and a leased staff, you would be released,” said a female staff.

Two weeks ago, Huawei stung its Nigerian employees by laying off 65% of them and replacing them with foreigners. The company had notified its Nigerian workers ago that it was moving most of its operations to its Global Service Centre (GSC) in India. The GSC was launched by Huawei on 25 August 2016, after complaints by the Indian government that Huawei has no visible infrastructure in India.

The staff of the company wondered why it was Nigerians that got affected by this shift instead of foreigners.

“We think that since they are taking these jobs to foreigners in India, they should release their foreign staff here and not Nigerians because this job theft is from Nigeria. This transfer is not because of manpower paucity on the part of the Nigerians,” said a staff.

The job loss is not about to end. An insider disclosed that last week, a Chinese manager in Lagos told local staff to look elsewhere for jobs in January.

“The Chinese Whisperer”, as she is derisively referred to, convinced the management to stop giving rice and beverages to staff as year-end gifts. She was also said to have introduced and re-negotiated a worse health plan for staff.

Huawei, according to staff, pays the poorest wages in the Nigerian telecoms industry. The average salary of an outsourced staff in Huawei is N180, 000 yearly. Nokia, they claimed, pays N450, 000.

The Human Resources Director also persuaded the management to stop engaging National Youth Service Corps members, with exception of those related to members of the political elite.

Sources also disclosed that after more than a decade of operations in Nigeria, Huawei has no physical asset in the country. This is said to be in conformity with their operations except in countries where the government forces the company to act otherwise. During the tenure of former President Olusegun Obasanjo, Huawei opened a training centre with a temporary location in Abuja. Huawei promised to build a permanent facility for the centre after a while but has not done so.

Quilox needs to stop getting high on its own supply