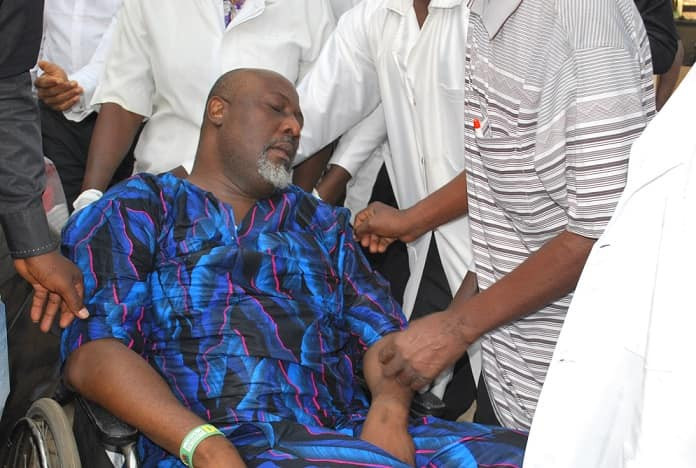 Delivering judgment in his bail application filed by his lawyer, Mike Ozekhome (SAN), Justice Yusuf Halilu, said the bail was granted in view of Melaye’s failing health and that Melaye would have to be healthy to face trial.

Further, the judgment stated that: “since the Senator cannot be arraigned on the stretcher or ‎on his hospital bed, he should be allowed on bail to attend to his health. As part of the bail conditions, Melaye is to produce three sureties, one of who must be the Clerk of the National Assembly, who must undertake to produce him when he is to be arraigned in respect of a charge already filed against him.”

The other two sureties must be owners of properties within the Abuja metropolis. Senator Melaye has been in detention in the State Security Service (SSS) medical center since he was moved from the police medical facility he was receiving treatment after he collapsed.

Recall Senator Melaye surrendered himself to the police after a six days siege. He collapsed at the police station in Abuja and has been receiving treatment since January 4th.

A statement from the police is quoted saying that Senator Melaye has questions to answer regarding a gun attack on a policeman carried out by himself and his thugs in July 2018.