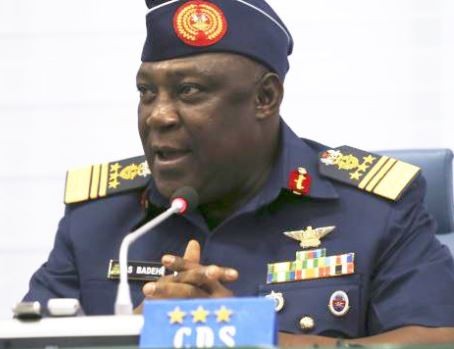 The Defence Headquarters has announced a date for the burial of former Chief of Defence Staff, Air Chief Marshal Alex Badeh (rtd).

A statement released on Friday, January 18th confirmed the burial arrangements which kicks off on Sunday, January 20th.

The statement credited to the acting Director of Defence Information, Brigadier General John Agim,  said “activities lined-up for the interment of the former defence chief will begin on Sunday, January 20th with a Service of Songs scheduled to hold at the Nigerian Air Force Base Protestant Church in Abuja.”

This would be followed by a church service expected to hold at the same venue on Wednesday, January 23rd.

The former defence chief would be laid to rest later in the afternoon at the National Military Cemetery in the nation’s capital. Badeh was murdered while returning from his farm in Abuja on December 18, 2018.

Atiku To Be Interrogated On Return From America– Lai Mohammed