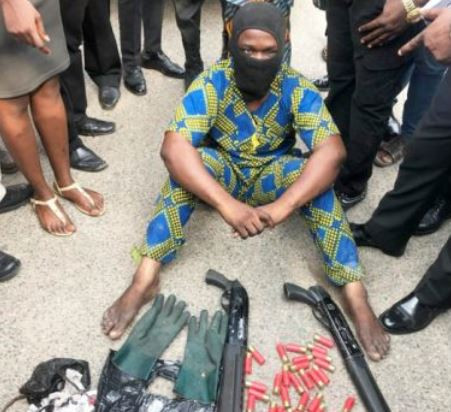 Musa Imoran, a suspected member of an armed robbery gang behind a series of attacks in Ajegunle and environs has been arrested.

According to the Lagos State Police command, Imoran and his gang had allegedly gone out on a robbing spree on Tuesday, February 19, snatching phones and bags along Agugu street, Ajegunle, when he met his Waterloo.

The masked suspect was arrested with one pump action gun with 20 unexpended cartridges, two pairs of hand gloves, two chains and belts.

He later led the operatives to their armoury where an additional pump action rifle with 30 unexpended cartridges, one AK-47 magazine with 24 live ammunition 100 rounds of Beretta Pistol ammunition was recovered. 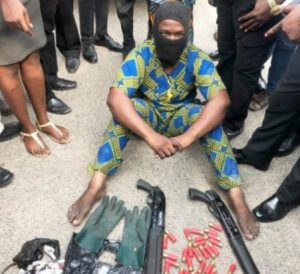 It Will Cost Barca £87M To Sign Marcus Rashford