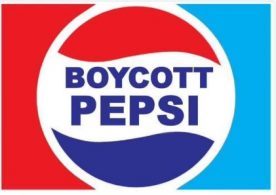 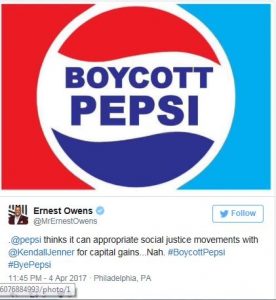 According to Sean Kent, “The worst part of the Pepsi commercial is when Kendall decides to protest racism by making a black woman hold her wig.” 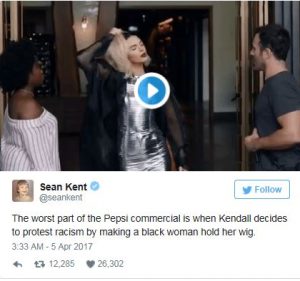 In the advert which has become a subject of controversy, Kendall sports platinum blond hair and is in the middle of posing for a photo shoot amid a vague protest. She then rips off her wig, wipes off her makeup, and changes from a metallic dress into a denim jacket to join the crowd.

Next, she offers a can of Pepsi MAX to a police officer, who takes a sip and cracks a smile, which seems to solve everything.

Interestingly, Pepsi is not the only brand which is suffering, as related brands including Mountain Dew, Lipton, Aquafina among others have been boycotted. 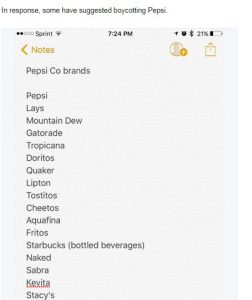 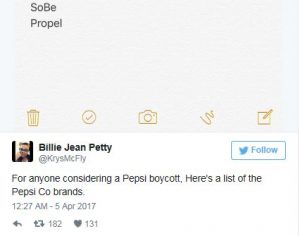 Perhaps bowing to criticism, Pepsi pulled the advert on Wednesday, April 5, and removed it from its official You Tube page.

Pepsi initially released a statement defending the commercial before releasing another. The initially released statement said the video “reflects people from different walks of life coming together in a spirit of harmony, and we think that’s an important message to convey. Pepsi was trying to project a global message of unity, peace and understanding. Clearly we missed the mark, and we apologize.”

However, the follow up statement said “We did not intend to make light of any serious issue. We are removing the content and halting any further rollout. We also apologize for putting Kendall Jenner in this position.”

Critics who have called for a boycott of Pepsi have termed anyone who does to be eating healthy. 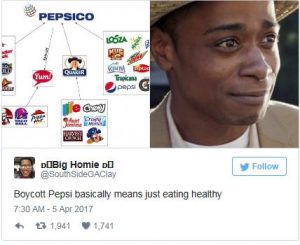 The commercial has been described with all sorts of languages on social media with some describing it as “disgusting,” “distasteful,” “tone deaf,” and more.

Will Africans Join The Nivea Backlash?