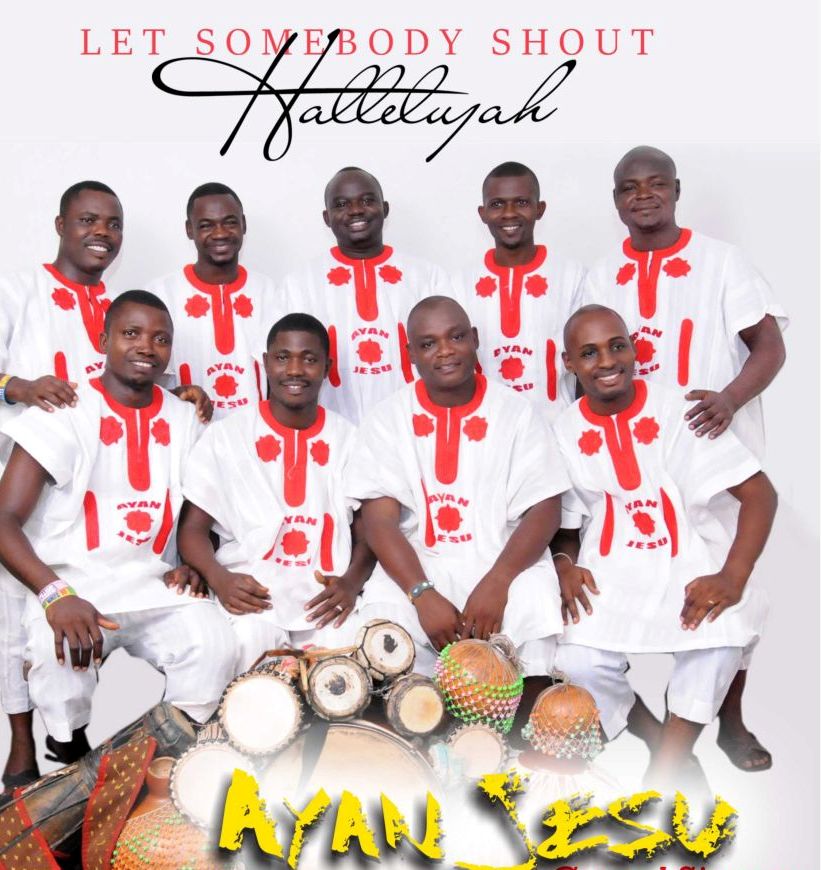 Still basking in the euphoria of their wave-making album, traditional gospel music group, ‘Ayan Jesu’ is set to release another chartbuster album come Monday, July 31.
The group that currently enjoys massive air play on radio and television nationwide is ready with ‘Let Somebody Shout Halleluyah’, Volume Two.
According to them, the album will be released through their marketer, Sybuk Communications.

In a chat with Juke Box, ‘Ayan Jesu’ said, “This new album is unique in every sense and is a must for homes of both Christians and Muslims. Our focus this time around is more on Hymns, Praise Melody, and Worship.”
The group further revealed that the album is expected to take them to the next level in their career.

‘Ayan Jesu’, has become a force to reckon with in the gospel music scene, having announced their arrival with their unique traditional vocals blended with percussion.

Related Topics:Ayan JesuOur New Album; A Must For Both Christian; Muslim Homes - Ayan JesuslideshowSybuk Communications
Up Next

How Music Stars Reacted To Ban Of Foreign Video Shoot