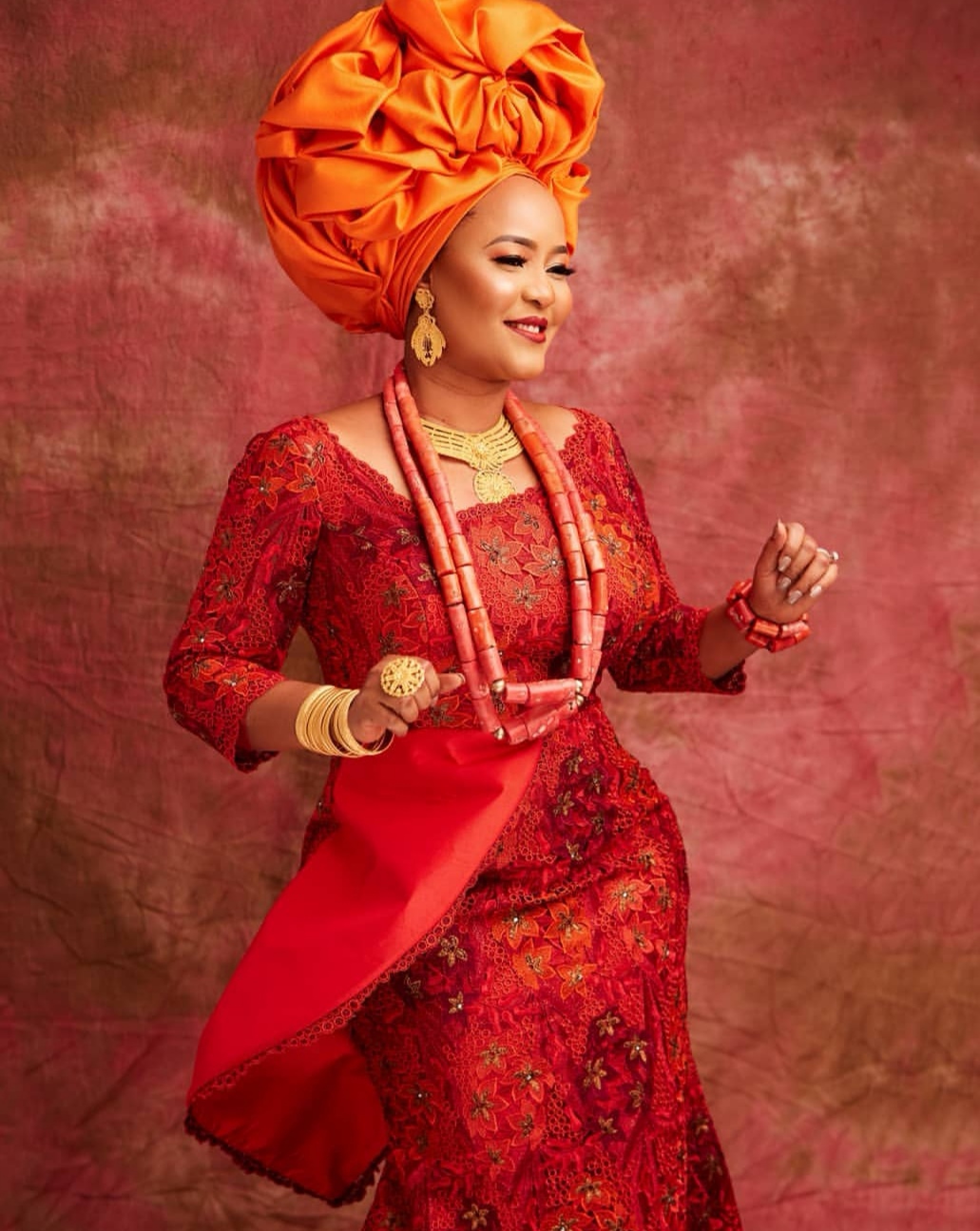 Olori Hadiza Elegushi, the second wife of Oba Saheed Elegushi is really enjoying life as the wife of a rich monarch.

Cool, calm, and collected, the beautiful woman has been an ideal wife, hardly stepping out of her bound.

Often described as the Olori in the north or Olori two, she has not fought to be the queen of the southwest, enjoying the pleasure of occasionally stepping out with her man.

In the wake of her marriage, many had expected that there would be a serious contest for the heart of the King leading to trouble in the palace, but this has not happened, kudos to the diplomacy of the queen in the north.

Only recently, she proved to have not only grown in essence but in style, as she stepped out with her handsome husband, wearing mouth-gapping ornaments.

The ornaments were adorned with a Judith Leiber crystal-embellished Peony Clutch bag estimated at N3,040,000.00 ($8,096.00 USD). Indeed, Olori Hadiza is living her dream