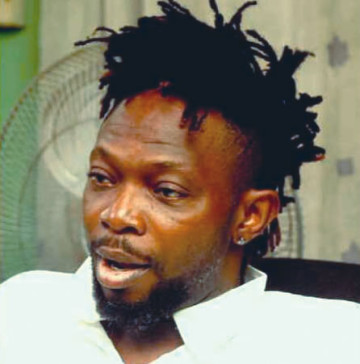 The only known property of late Nigerian music producer and singer, Babatunde Okungbowa also known as OJB Jezreel is currently causing trouble among his family members.

Tony Okungbowa, the immediate elder brother of the musician is alleged to be planning to sell the property located at Gbaja Street, Surulere, Lagos state.

Prior to now, there had been speculation that it was the 90 years old Pa Anthony Okungbowa, the father of the deceased who wanted his late son’s first wife, Mabel Okungbowa to vacate the house with her kids.

Many had thought that the old man who resided in Agbor, Delta State, wanted the house vacated, so that it can be sold off, but this has however proven to be wrong.

The attempt to sell the house has thus seen a Caveat Emptor being written on its wall.  Also a bold “This House is Not for Sale” has also been written on the gate of the house, a four-bedroom bungalow, a duplex and a shop.

Those who have been monitoring developments on the house revealed that the current imbroglio within the family was what the deceased wanted to avoid when he tried selling it off. He however died on the day the buyer was supposed to come with the asking price of Fifty Million Naira.

The property which is currently raising dust among members of OJB’s family was to be sold to a commercial bank in 2016, when he died following a relapse in his kidney transplant.

The Delta-born producer passed away on June 14, 2016 just a few days before his 50th birthday. He was married to three wives and had eight kids.

Olamide Silent On Cause Of Mom’s Death

Exposed: Why Lillian Esoro Will Always Be Mad At Ubi Franklin