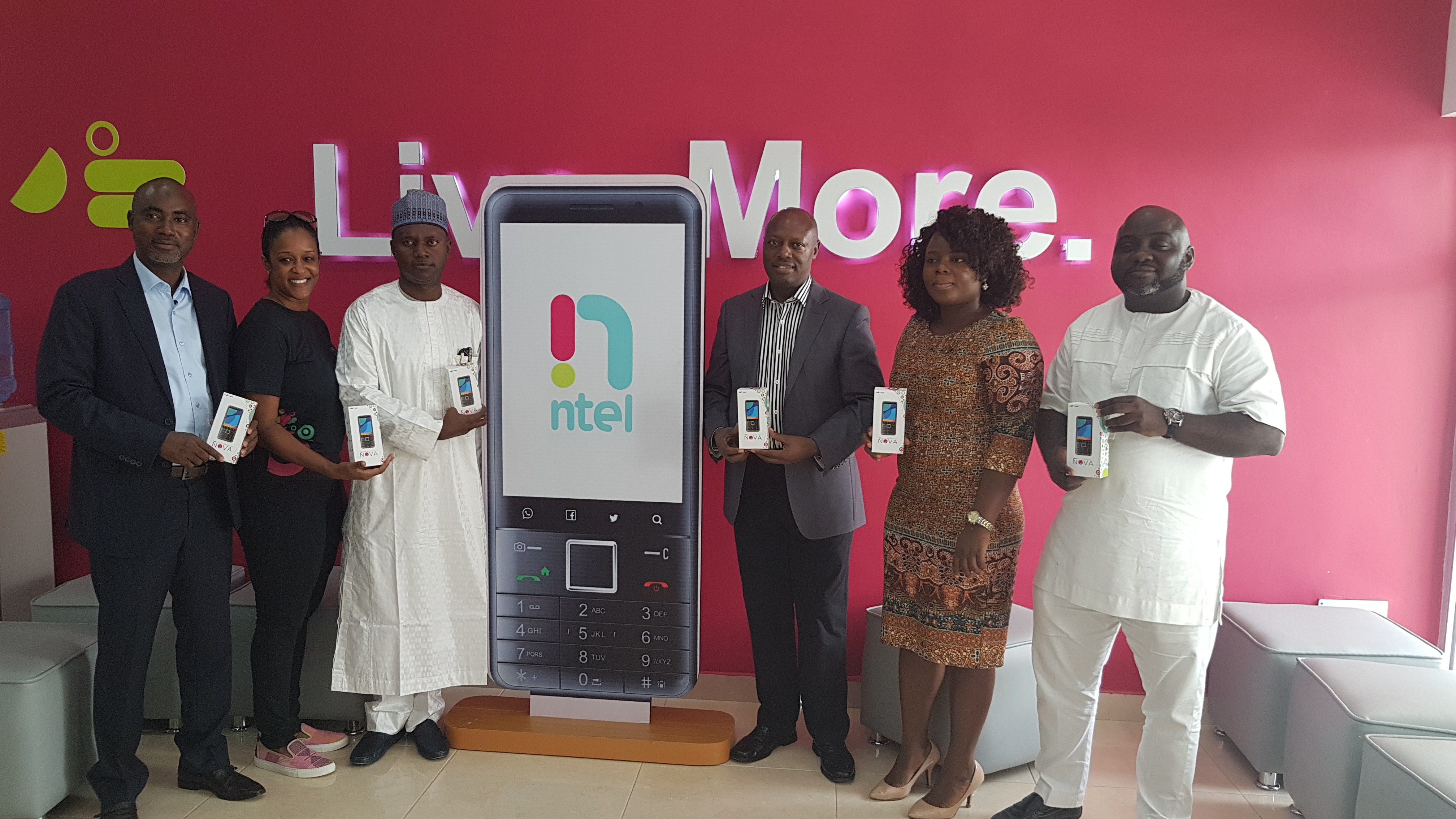 The company, which is presently prosecuting a road show across its areas of operation as part of plans to promote its bespoke 4G/LTE phone, touched down in Abuja today.

Speaking at a well-attended event, Inusa Bello, Director, Consumer Marketing & Sales told the gathering of business partners, regulators and staff that “ntel NOVA is a revolution. It has brought to an end all the complaints from customers about availability and high cost of 4G/LTE phones. With Nova we have changed the game and now everyone who needs to make clear HD VoLTE calls can do so with a low priced and beautifully designed handset.”

The ntel NOVA phone which was launched in Lagos on Thursday July 6, 2017 has been defined by the company as “an exciting ergonomically designed, low priced, dual-SIM device defined by characteristics of both a feature phone and a smart phone.”

The sleek phone comes in three distinct colours; rose gold, gold and grey, runs on the Android 6.0 operating system with a 8GB+1GB RAM capacity and has front 5 mega pixels and rear 2 mega pixel cameras, with Bluetooth and WiFi hotspot capabilities.

It also has space for a micro USB 2.0, earphone jack and two micro SIM card slots. It has 1800mAh battery capacity, with Standby time of 7 days and talk time of 9 hours.

ntel is Nigeria’s first advanced 4G/LTE network providing superfast Internet access that enables voice, data video and TV on demand. The ntel network is built on the 900/1800 Mhz which are the best propagation frequencies for the deployment of 4G/LTE technology.

Full commercial operations began on Friday 08 04 2016 in Lagos and Abuja with Port Harcourt coming on stream in December 2016.