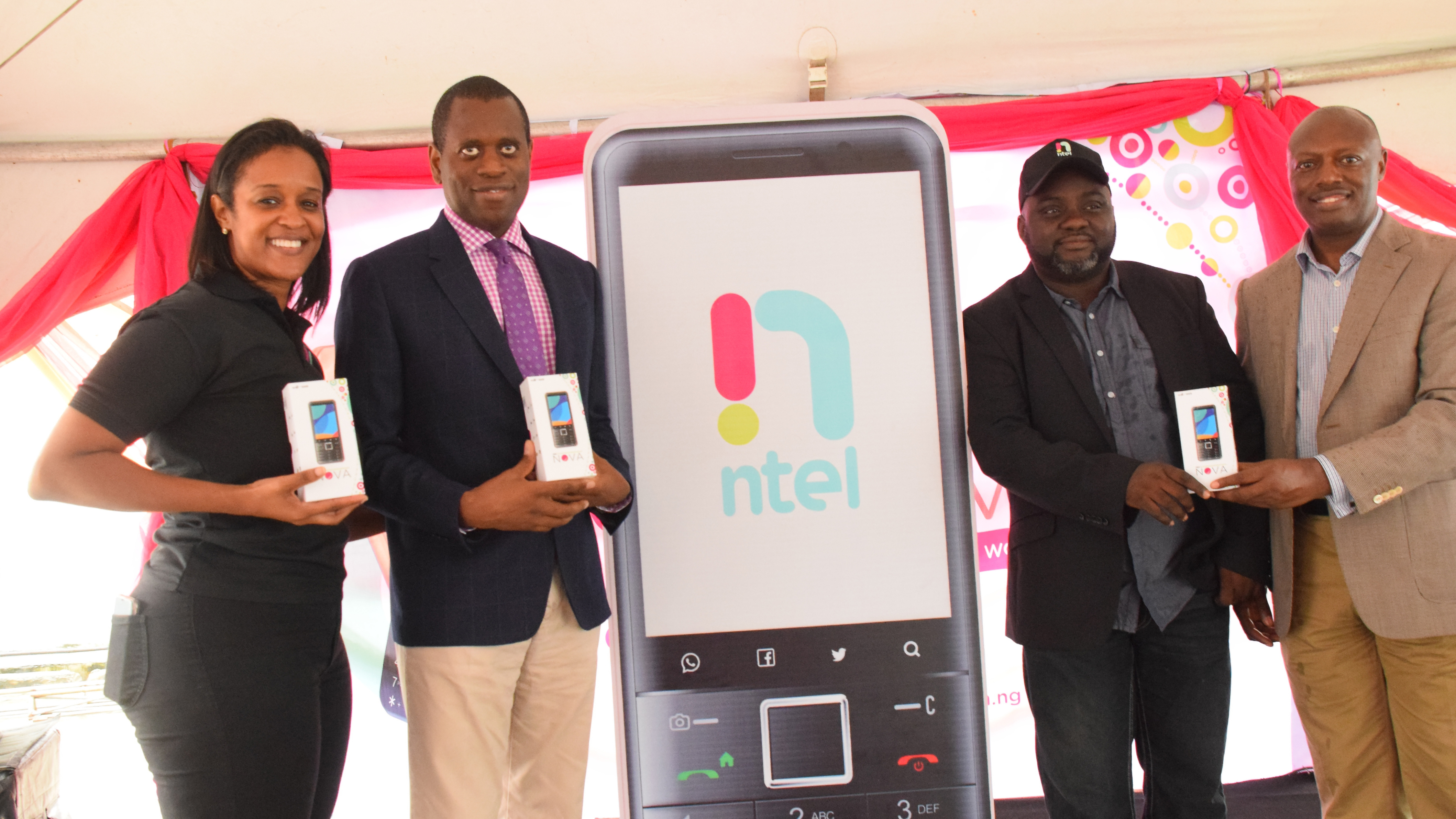 ntel, Nigeria’s first 4G/LTE-Advanced network has launched a bespoke 4G/LTE device – ntel NOVA.
The ntel NOVA phone is, according to a statement from the company, “an exciting ergonomically designed, low priced, dual-SIM device defined by characteristics of both a feature phone and a smart phone.”
Continuing further, the statement said “The entry of ntel NOVA into the device market signals a new dawn in the evolution of the Nigerian 4G/LTE segment which has been impacted by concerns around the availability and affordability of 4G/LTE-capable devices. Our investment in ntel NOVA further underscores our firm commitment to changing the game in the 4G/LTE broadband segment and to support the actualisation of the penetration targets outlined in the National Broadband Plan of 2013.”
The sleek device which comes in three distinct colours; rose gold, gold and grey, runs on the Android 6.0 operating system with a 8GB+1GB RAM capacity and has front 5 mega pixels and rear 2 mega pixel cameras, with Bluetooth and WiFi hotspot capabilities.
The ntel NOVA has space for a micro USB 2.0, earphone jack and two micro SIM card slots. It has 1800mAh battery capacity, with Standby time of 7 days and talk time of 9 hours.
In addition to a high-quality 3.8-inch capacitive touch screen, it also provides a traditional keyboard for quick dialing while boasting 4 dedicated Quick Launch keys for internet apps – Facebook, Internet Browser, Twitter, and WhatsApp.
The device is expected to retail at about N25,000, and includes a free bundle of 25GB Data, and 250 voice minutes to call any network, valid for one month.
ntel is undertaking a road show across its three major cities of operation to introduce the phone and create awareness for its latest 4G/LTE device which comes in to complement its fast selling MiFis and routers.
About ntel
ntel is Nigeria’s first advanced 4G/LTE network providing superfast Internet access that enables voice, data video and TV on demand. The ntel network is built on the 900/1800 Mhz which are the best propagation frequencies for the deployment of 4G/LTE technology.
Our bouquet of offerings includes: National Bandwidth, International Voice Termination, International Bandwidth, Mobile Network and Fixed Network.
The company made its first on-net test data call in Lagos on Monday January 18, 2016 then followed up with its first on-net Voice over LTE call in Lagos on Tuesday, February 23, 2016.
Full commercial operations began on Friday 08 04 2016 in Lagos and Abuja with Port Harcourt coming on stream in December 2016.
Post Views: 766