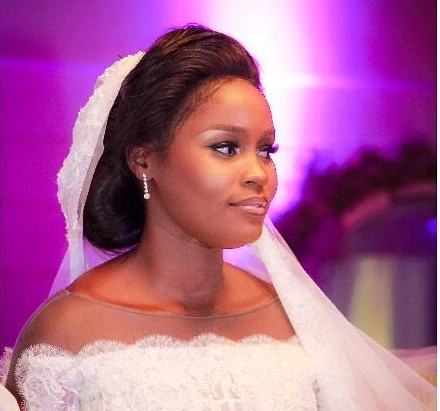 Recently married Rukaiya Sani Bello, daughter of Atiku Abubarkar is not allowing her marriage to Aminu Sani Bello stop her from having fun at all.
Rukaiya dressed in a black Tee-shirt was one of the cute female faces at the recently held bridal shower of Fatima Shettima, niece of a former Borno State Governor Kashim Shettima.
Rukaiya attended the bridal shower in company of Fatima Ganduje. The wedding, which is slated to hold today, has been described as a master piece owing to the class of the family of the groom.
Fatima is getting married into the family of billionaire, Alhaji Mohammed Indimi.

Mary Akpobome Step Out In Monochrome