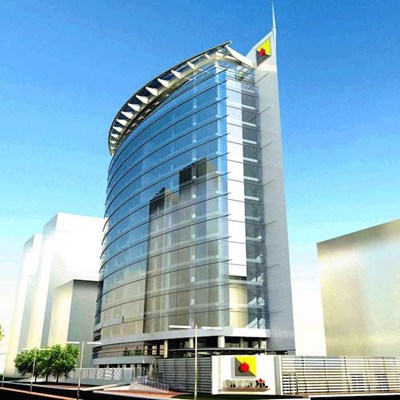 Fast emerging information has revealed the speculation making the rounds that Dr. Ernest Azudialu-Obiejesi is putting his choice properties including his Nestoil Tower up for sale as false.

A source close to Nestoil revealed that it is indeed a false claim, as nothing of such is happening to the celebrated entrepreneur.

According to him, “Dr. Azudialu-Obiejesi, a hardworking man who is working to promote his organization and move it to higher places.”
Further, he said that “Nestoil Tower which is located at 41/42 Akin Adesola Street, Victoria Island, Lagos State serves as the company’s new corporate headquarters and would be commissioned in the last quarter of the year and as such cannot be intended for sale.”

Nestoil is part of the Obijackson Group which has been in operation in Nigeria for over three decades. The nature of the company’s operations has set it as a dependable partner in Nigeria’s quest for national development and economic empowerment.