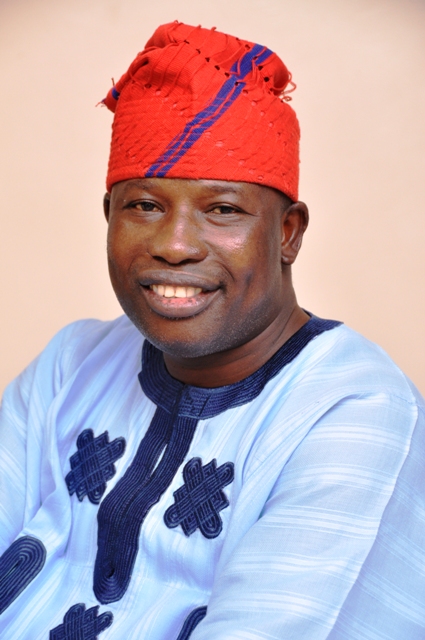 The ongoing land dispute in Magbon Alade town in Ibeju Lekki Local Government area has been on for some years.

However, in recent time, the situation has worsen with attacks, bloodletting and even deaths taking center stage.

The cold seaside town which used to be known for its peace and serenity has now turned a war zone with residents and indigenous land owners being attacked randomly.

Recently, an attack alleged to have been sponsored and carried out by some cultists led to the death of a woman identified as Asidatu Muibi, while many others suffered various degrees of injuries.

www.theoctopusnews.com’s investigation revealed that on the fateful day of the attack, the now deceased Muibi’s son identified as Rasheed was chased home by some assailants.

As he sought solace in the comfort of his house, the assailants tried to gain access to the apartment, but his mother shielded them off, asking what her son had done wrong.

Unfortunately, she became the subject of their attack, as she died the following day after receiving the beating of her life from her attackers.

As if that was not bad enough, another recent attack saw Thompson Sola, a middle aged man and cab driver being attacked with a machete.

Speaking, Sola wondered how a once serene community had now turned into a killing zone. According to him, the attacks were sponsored, while the perpetrators were well paid. Asked if there could have been a reason why he was attacked and Sola answers thus “I operate a car hire service. Coincidentally, I am the one who drives one of the parties involved in the dispute. So, my sin was simply that I am the one driving them around town.”

Further, Sola, revealed that the conversation between him and his attackers before his attacked saw them accusing him of being the person who brought the duo of Shitta and Salami to Alagbon Police Station the day they were arrest. “Some of these boy had been earlier arrested before they were granted bail. On the day of the attack, they were asking me if I was from the community, and what was my business with the land dispute. Before I could reply, they started beating and using their Machete me,” Sola told www.theoctopusnews.com, adding that his attack was indeed a reprisal attack.

Lawyer to the Salami Family and Chairman Nigerian Bar Association (NBA) Epe Branch, Sunday Abimbola Sunday of Opada Chambers said “This is not the first time these people would be attacked. Their houses were demolished without a court order and with a case still subsisting in court. Hon. Raimi Kazeem is directly involved in this matter. He is the one leading the other boys, he is their financier. It is a shame that an Honourable of the Lagos House of Assembly would descend so low. He has shown total disregard for law and order and is insulting the constitution by not allowing the case in court to be decided. When you take a case to court, you allow the court to decide the outcome,” he said.

Investigation by this medium revealed how one Pastor Olusegun Awe’s hectares of land in Magbon Alade was sold to another person identified as Paschal Ofia for N120, 000, 000 allegedly by Hon. Kazeem. Speaking with us, Awe said that he had it on good authority that the Honourable had been paid N25, 000,000 and wanted to collect his balance which is yet to be paid to him due to the issues surrounding the land. “With the election coming, Hon. Kazeem is doing everything to make sure that I abandon my land because he wants to collect his balance to facilitate his election.”

“There is nothing that they have not tried to do to me. I have been beaten, I have been molested, there have threats to my life and my contractor was beaten and labeled a member of the Badoo cult group all in a bid to make us leave our investment. How is that possible? You will be surprised that even the father of Hon. Kazeem asked me if I was ready to die for the land. We have cases in several police stations, but the honourable always uses his influence as a member of the Lagos State House of Assembly to influence the outcome. I am sure he was the one who arranged for Task Force to come and arrest me and my staffs on our site, it was when we were being interrogated that we found out that we were alleged to have been mining on the said land.”

“When we were arrested, I told the leader of the team to do an on the spot inspection and show me any sign of mining of the land, but he couldn’t. I was beaten and pushed into the truck on the day, it was a shame, all because someone who is not even a wants to forcefully takeover my property.”

This dispute didn’t start yesterday, as there have been petition written and cases filled as far back as 2009.

A case instituted on the disputed land was struck out by Hon. Justice Shitta-Bay on 10 November 2009.

A petition by Adebowale Azeez & Co. dated 31 July 2018, and addressed to the Deputy Inspector-General of Police, Force Criminal Intelligence and Investigation Department, The Nigerian Police Force, FCIID Complex Area 10 Garki, Abuja confirms the fact that dispute on the Magbon Alade land is something that the police is aware of.

Interestingly, Hon. Raimi Kazeem, one of the people alleged in the petition is a sitting member of the Lagos State House of Assembly (LAHA).

Ismaila Salami and Bariyu Shitta, the former being the family head of the Salami Family of Magbon Alade indicted Hon. Kazeem in the matter at hand. According to him, “Kazeem is the leader of the people who want to forcefully steal our land. He is the leader of the other group of people, he can’t deny it.”

www.theoctopsunews.com, sought out Hon. Kazeem to speak on his involvement in the land dispute to no avail.

A text message sent to his mobile phone was not replied. Presently, the safety of the lives of those living in the community remains unguaranteed, as they continue to dread the presence of unknown faces in their community.