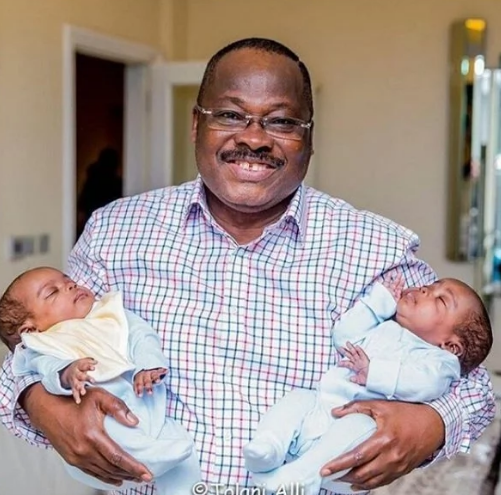 Without mincing words, the wedding of Ayokunle Ajayiand Jibola Ajimobi, one of the daughters of Oyo State Governor, Abiola Ajimobiwas the talk of town when it held in 2015.

For one, the bride’s Swedish wedding dress was said to have cost a whooping N23million.

The union which held in Beirut brought so much happiness to the governor notonly because its first product was a set of twin, but more for the crisis saidto be rocking the marriage of his other daughter, Abisola.

If for nothing, Governor Ajimobi was grateful for the peace in Jibola’s home.

For a long while there had been rumour of a silent war between Abisola and herhusband, Kolapo Kola Daisi.

Face of The Man Who Could Have Blown Third Mainland Bridge