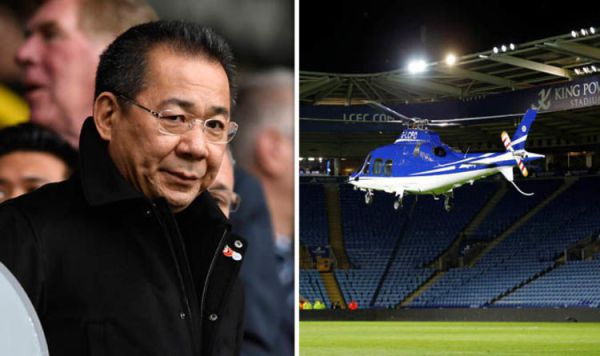 Srivaddhanaprabha , died in a deadly helicopter crash which occurred at the just outside the King Power stadium. He died alongside four others on Saturday, October 27th.

The  Leicester City Chairman had just finished watching the match between his football club and West Ham United  when the crash occurred. Onlookers saw the blue helicopter crash down and burst into flames. The club had initially asked for privacy in the early hours but confirmed on Sunday, October 28 that he was indeed among the five casualties in the mishap.

“It is with the deepest regret and a collective broken heart that we confirm our chairman, Vichai Srivaddhanaprabha, was among those to have tragically lost their lives on Saturday evening when a helicopter carrying him and four other people crashed outside King Power Stadium. None of the five people on-board survived,” said a club statement.

Along with Srivaddhanaprabha, four other people-Nursara Suknamai and Kaveporn Punpare, both staff of Vichai’s, pilot Eric Swaffer and passenger Izabela Roza Lechowicz– died when the helicopter went down.

Srivaddhanaprabha bought over the club in 2010 and led them to a fairy tale win of the league title in 2016. Football insiders across the world have expressed their condolences for the families of the deceased and their football club.

All Set: Conte Await Sack Of Lopetegui To Takeover As Real Madrid Manager