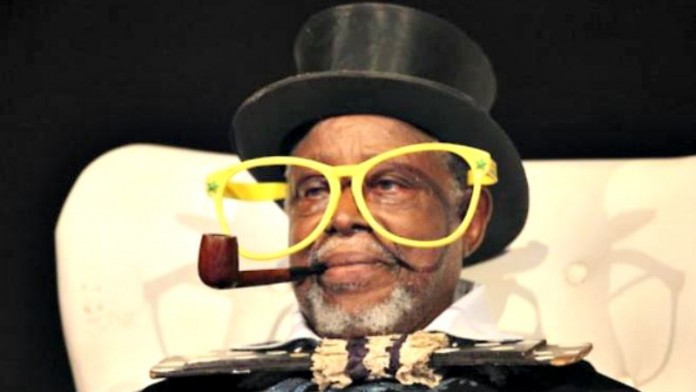 Isaac Hastrup, the media assistant of late singer and legendary comedian Moses Adejumo popular as Baba Sala has revealed how he died.

Speaking on the death of the celebrated comedian, Hastrup said: “Baba has died. He died some minutes to 10pm on Sunday night. His remains had been taken to the morgue. He died of old-age related sickness.

“He came to church two Sundays ago and he was the one that said the benediction. Baba has gone to be with the Lord and he will be missed by many people including his fans.”

Baba Sala died in his Ilesa hometown in Osun State in the evening of Sunday, October 7.

His death was confirmed by his son  Emmanuel Adejumo in a Facebook post in the early hours of Monday, October 8.

“My Daddy is gone. Finally gone home to glory. King of Comedy finally says bye-bye to this world. I will miss you so much Daddy. I love you so much but God loves you more. Good night my mentor, father, teacher, gist partner. My daddy is gone,” the younger Adejumo wrote.

Presently, his remains has been deposited at the Obafemi Awolowo University Teaching Hospital Complex Annex, (Wesley Guild Hospital) in Ilesa.

Baba Sala shone like a million stars in his era, as he became synonymous with comedy alongside other dramatists like Hubert Ogunde, Kola Ogunmola, Oyin Adejobi and Duro Ladipo, popularised theatre and television acting in Nigeria.

Chris Attoh Find Love In The Arms Of American Beauty