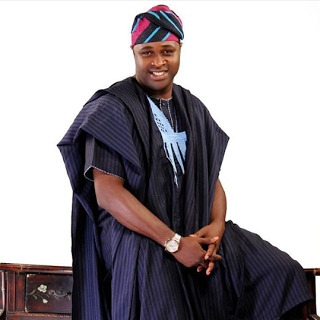 Many would remember the video skit between Femi Adebayo and his father Adebayo Salami.

In the skit titled ‘So Mo Age Mi‘, the two bikered over who was older. Well, that competition did continue, as the duo were nominated in the same category in the 2018 Africa Music Viewers Choice Award (AMVCA).

The nomination list released by AMVCA showed both father and son nominated in the same category. However, when it was time to declare the winner of the category, it was Femi Adebayor who won the category.

To compensate his father, the Special Adviser dedicated the award to his father before walking off the stage.

Prior to the unveiling of the award, the actor had delivered his acceptance speech in Yoruba, saying his fans should accept it just in case he wins an award.

Why I Called Out Omotola Jelade-Ekehinde, Dorcas Shola Fapson Explains