Osibodu, who was in company of the delegation of the members of the House of Representatives Committee on Power was asked by governor Obaseki to leave his office and the Edo State Government House. 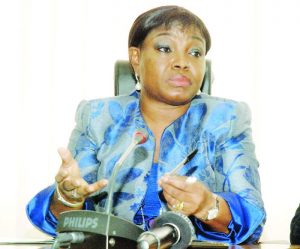 Reliable sources revealed that the drama ensued from the governor’s dissatisfaction that  the woman who had failed to meet the obligations to electricity consumers in Edo and thus throwing the state into darkness for weeks had the effrontery to visit his office along with the delegation.

Speaking to the delegation after Osibodu had left his office, the governor said the BEDC had continued to fail in collaborating with the state government to provide stable electricity in the state. He said he was shocked that Osibodu could come to his office after failing refusing to meet with his government severally.

“BEDC has been an obstacle as it will not provide electricity and will not allow you to get alternative sources of power. Despite the fact that the state generates about 600 to 700 megawatts of electricity, the people are still in darkness,” the governor was quoted to have said.