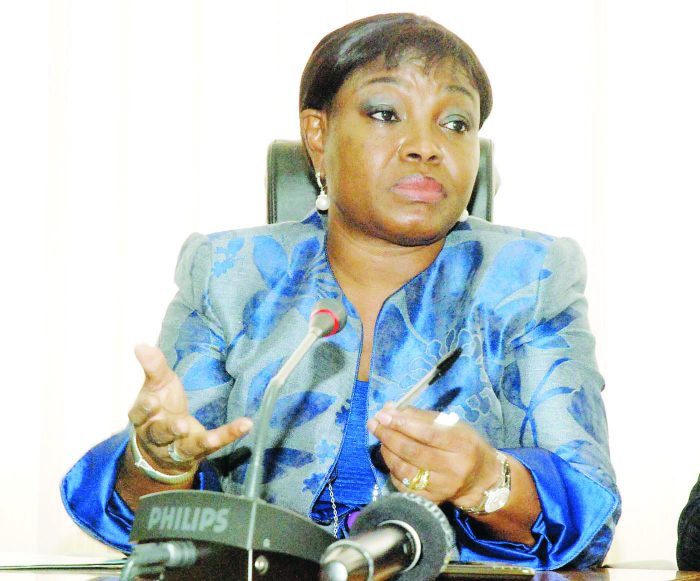 Days back, Nigerians learnt of a viral video purporting that Funke Osibodu, the Managing Director of Benin Electrical Distribution Company (BEDC), had been arrested and taken to Abuja by a special squad.

In the video, the woman was said to have been arrested following a strongly worded petition bordering on several allegations most importantly, trespass of BEDC’s premises and threat to life.

However, in her reaction to the seemingly syndicated video, Osibodu did not only refute the false report, but raised an alarm over alleged threat to her life.

According to her, policemen broke into her office at the company’s head office in Benin City, Edo State. Narrating her ordeal in the hands of the police operatives, Osibodu said;

“On Monday, some persons came here with guns and said they were police from Abuja. They (police) forced themselves into the compound, arrested the security men here and broke into my office.

“The police asked me to follow them to the police headquarters. I followed them.

“When I got to the station, they told me there’s a petition against me, indicating that I was trespassing in BEDC, in addition to threat to life.

“They took my statement and I showed them the court documents.

“Somebody marched into the building to say I have been asked to takeover. If there’s a threat to life. It’s to my life,” Osibodu said.

While the brain behind the false reports and video syndication is yet to be determined, there is currently no love lost between BEDC and Fidelity Bank Plc.

Clarifying rumours surrounding her arrest by police from Abuja, she said that she was taken to the police headquarters in Benin for questioning and that when police discovered the law was on her side they couldn’t do anything.

“The police who claimed they came from Abuja said I have committed fraud, threat to life of Ajagawa (supposed MD), unlawful restrain and trespass. They took me to the police headquarters in Benin for questioning”.

She said after showing the police the restraining court injunction of July 8, from Abuja Federal High Court against Ajagbawa and his group, the police couldn’t do anything.

Osibudu said “till date I have not received any official document from the BPE or BEDC board mandating anybody to take over BEDC affairs from me but somebody just marched to the office and said, I have been asked to take over, this is not law.

“From the record, there is no official document, written to the board of BEDC that I have been removed, but what we see was in pages of newspaper that we have been removed and that is not how law works”.

She alleged that somebody is using his office to suppress the rule of law, adding because they didn’t succeed in the initial take over, they resorted to self help through any means.

Recall that the financial institution has been on the forefront of a forceful takeover of the energy distribution company.

Trouble started when the financial institution reportedly activated a call on the collateralised shares of BEDC Electricity over alleged inability to repay loans obtained to acquire majority stakes in the DisCos in 2013.

The move by the bank was rebuffed by the BEDC management who maintained that “Vigeo Holdings Limited (VHL – a non-shareholder of BEDC) obtained credit facilities from Stanbic IBTC Bank Limited, Fidelity Bank Plc, and Keystone Bank Plc, adding that “it is the core investor, Vigeo power that has 60 percent share in BEDC”.

Meanwhile, Osibodu has revealed that the company recorded a N750 million loss in revenue collection within one month after the “forceful takeover of the company.

I’m her words, “During the period when we were away for one month [takeover], this company lost N750 million. The collection level went down. And if you don’t pay the people selling power, we will not get enough power because we are just distributors.”

Amidst the damning.smear campaign is the question of why the financial institution would continue to disturb the operation of the distribution company and at the same time ask it to pay up it’s loan.

If indeed, BEDC lost N750 million in one month as stated by Osibodu, it is only a matter of time before it pays off it loans, especially as it’s remains a commercially viable organisation. So, why can’t it’s creditors restructure the loan?

Amidst it all is a salient question, who stands to benefit from embarrassing Osibodu the most?