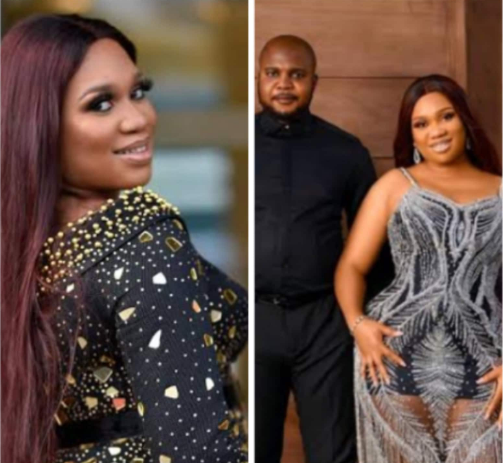 Sandra Iheuwa, the ex-wife of Steve Thompson and baby mama of Ubi Franklin has taken a jab at her former husband.

Responding to an attack on her person by Thompson who had insinuated that she never loved him and is still in love with her former husband, Iheuwa said “If you hate your ex-wife that has kids for you that’s on you.”

Explaining why she responded to Thompson’s attack publicly, Iheuwa said that the initial claim was also made publicly, adding that if indeed her estranged husband had moved on, he should “keep it moving and stop misconstruing her words.”

Iheuwa also said that she can’t marry someone she doesn’t love.

“I’m sick and I’m tired of this rants…..if you have moved on keep it moving and stop misconstruing my words……This is directly to you and anyone that doesn’t understand English…..You bring this out in public and I will respond in public. I have kids with my ex husband am I suppose to hate him? The key word here is “Loved” PAST TENSE am I suppose to hate him???? Someone I have kids with? If you hate your ex wife that have kids for you that’s on you. But believe that I will NEVER marry someone I don’t love. Stop this gaslighting let me have peace. REST IN THE MIGHTY NAME OF JESUS. Thank you. #enoughisenough.”

Mother Cries Out For Help As Son Gets Kidnapped