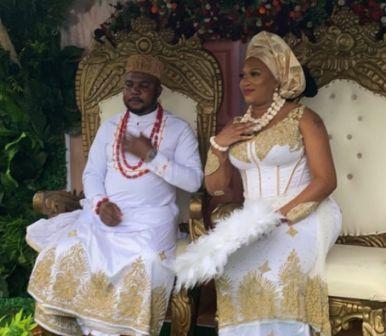 The marriage of Sandra Iheuwa one of Ubi Franklin’s baby mama has crashed.

The union between Iheuwa and her husband Steve Thompson crashed barely five months after it was celebrated.

Thompson announced the end of the marriage which was contracted in August 2021. 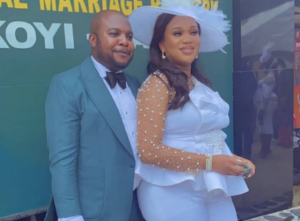 The duo celebrated their traditional wedding on August 8, with a court wedding following on Thursday, August 12, at the Federal Marriage Registry, Ikoyi, Lagos State, after a traditional marriage.

Shockingly, the nuptial packed up with hardly any sign that it was experiencing any trouble.

Prior to the crash of the nuptial, the couple had spent time abroad celebrating a colourful honeymoon with Thompson defending haters of his wife while they wereon honeymoon.
Post Views: 572