A mother has raised an alarm over the kidnap of her son named Chukwuma Felix Ukairo.

According to her, he was kidnapped on Friday, March 11, in Lagos State.

She took to Twitter to ask for help in finding her son who boarded a bus to a bank at Egbeda, but was kidnapped.

She said the kidnappers have called and are asking for ransom. 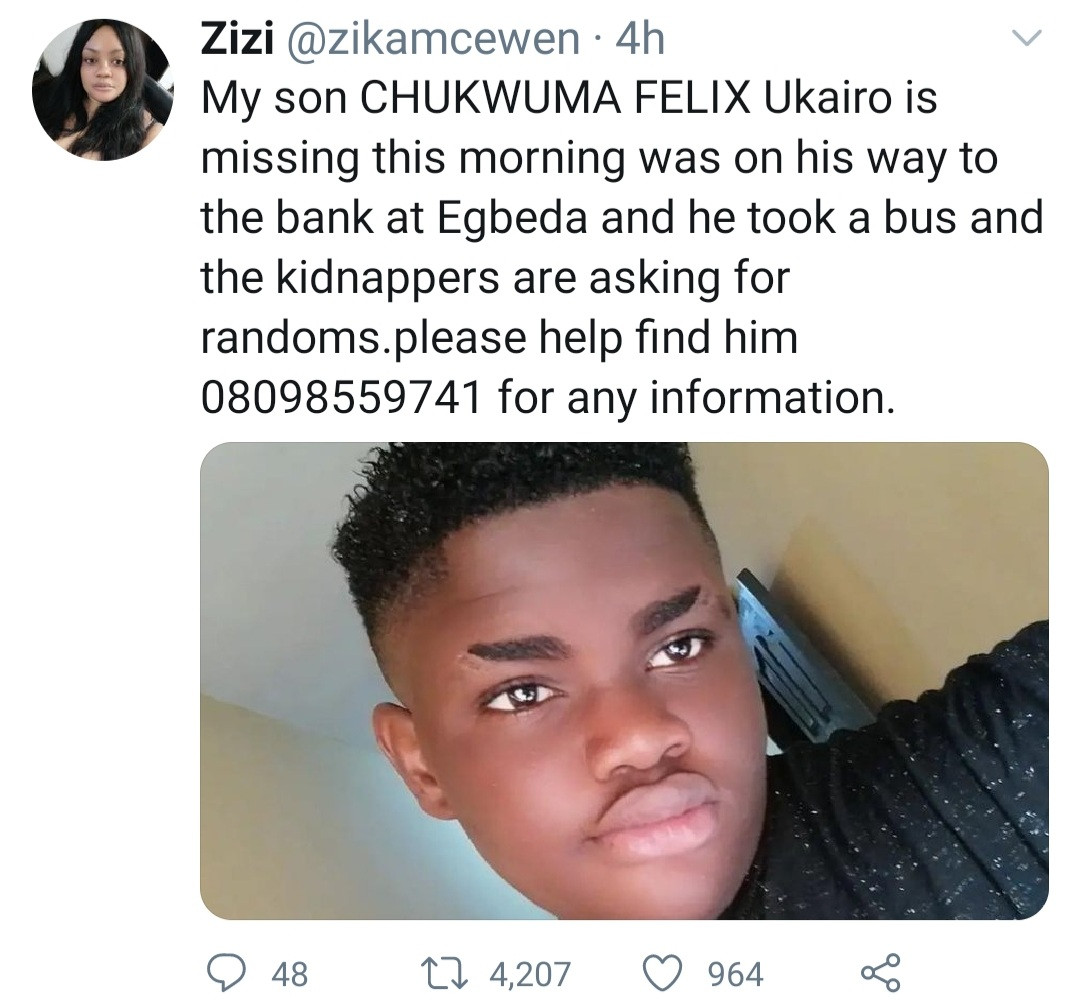 Related Topics:Chukwuma Felix UkairoMother Cries Out For Help As Son Gets Kidnapped
Up Next