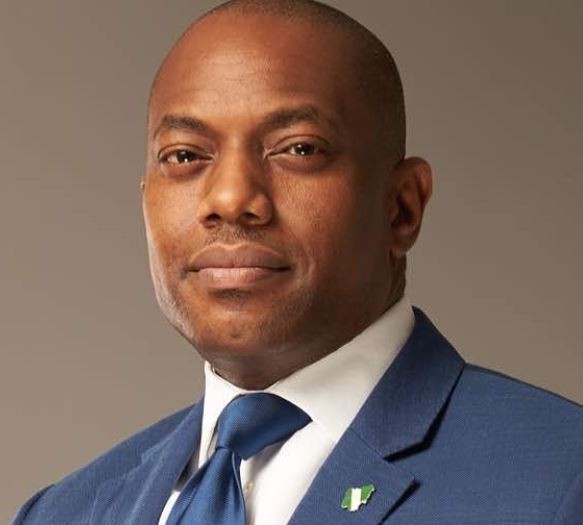 A group identified as Youths in Support of Fela Durotoye has accused People’s Trust (PT), presidential candidate, Mr. Gbenga Olawepo-Hashim and the former interim chairman of the Alliance for New Nigeria (ANN), Dr. Jay Osi Samuels of being responsible for sponsoring fake allegations and propaganda against Mr. Fela Durotoye.

The group made the claim in a statement made available to www.theoctopusnews.com.

According to the statement, the duo were maligning the person of Mr. Durotoye, the presidential candidate of the ANN in an attempt to discredit him, confuse the public and destroy his campaign.

Titled “Who Is Afraid Of Fela Durotoye And Why Are They Bent On Destroying His Campaign”, the group stated that it has noticed that some elements were behind the propaganda and fake allegation against Mr Durotoye.

“It has now come to our notice that some elements of People’s Trust (PT) namely its presidential candidate, Mr. Gbenga Olawepo-Hashim and the former interim chairman of the Alliance for New Nigeria (ANN), Dr. Jay Osi Samuels, have been sponsoring fake allegations and propagandas against Mr. Fela Durotoye, the presidential candidate of the ANN in an attempt to discredit him, confuse the public and destroy his campaign.”

The group also accused Olawepo-Hashim of being on an errand by the Peoples Democratic Party (PDP), to deceive Nigerians that he is running for President so he can sell off to PDP finally.

“Mr. Gbenga Olawepo-Hashim is the former Publicity Secretary of the People’s Democratic Party (PDP) and is currently on errand by the party to deceive Nigerians that he is running for President so he can sell off to PDP finally. Dr. Jay Osi Samuels is the Director of Laboratory Services under the AIDS Prevention Initiative in Nigeria (APIN). He was bought over by Mr. Olawepo-Hashim to execute his nefarious acts and he’s trying all he can to deliver on his promise.”

“Mr. Gbenga Olawepo-Hashim, out of fear of losing the presidential election, withdrew from the race and jumped ship to the APT after the discovery that Dr. Jay Osi Samuels will be handicapped at carrying out the MoU he had signed with him to sell the party. On the other hand, Dr. Jay Osi Samuels, stepped down as Chairman of the party for fear of losing the chairmanship of the party and for fear of humiliation.”

“From all that we have gathered from various sources, it is evident that Dr. Jay Osi Samuels had a deal with Mr. Gbenga Olawepo-Hashim to sell off ANN to him. On the failure of their initial plan, they are now on a mission of character assassination of our credible and competent presidential candidate to confuse the people so that they can’t tell the difference between black and white,” the statement read.

Describing Durotoye as a man of international repute who was just recently listed among the 100 Most Reputable Africans in a recent polls conducted by a leading Global Reputation-Management Consulting Company, Reputation Poll, the group said that he is without doubt a credible and competent option in the coming elections and his blackmailers know this too well and want to ensure his campaign never succeeds.

The group urged Dr. Osi Samuels to vindicate himself from all of the allegation by producing his statement of account in all the banks to justify that he has not received money from Mr. Olawepo-Hashim for the purpose of selling the ANN to him, urging them to offer their statement of claims against, Mr Durotoye.

“We are also using this medium to challenge the duo to come and offer their evidences of claims against Mr. Fela Durotoye, the Presidential Candidate of Alliance for New Nigeria (ANN) and the true representation of the New Nigeria we see a young people of this blessed nation that will soon be a great nation.”

“Mr. Gbenga Olawepo-Hashim has been speaking to some people that he signed an MoU with Dr. Jay Osi Samuels. So it’s clear that he’s all about the money for Dr Jay Osi Samuels. No wonder he speaks all the time about how he single handedly financed the party to over 80%. The question is, where did he get that kind of sum of money to single-handedly finance a political party?”

While insisting that they would continue to support Durotoye, they maintain they are not doing it blindly.

“The youth supporting Fela Durotoye are not supporting him blindly, and so if anyone amongst these persons parading themselves as candidate and chairman where they are not recognized by the party and law have evidences beyond reasonable doubt should make such available or else they should keep their mouths shut and go tell their masters they have failed because the youths of Nigeria will ensure they all fail in 2019,” concluded the statement.

Why I Told Senator Bukola Saraki To Resign-Akpabio