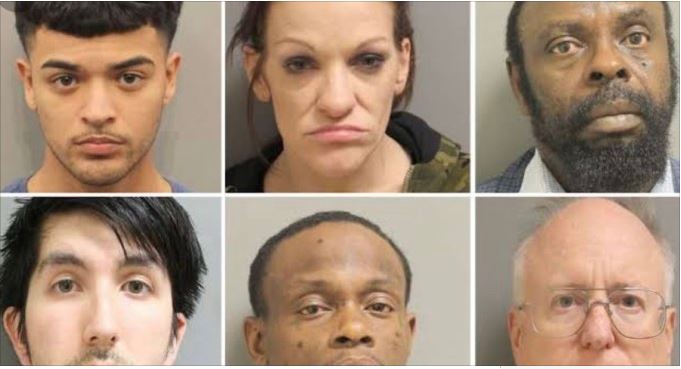 A crook and contempt are friends. The shady character excites the scornful tribute of a sneer every time the discussion segues to him. More often than not, the crooked man despoils and looms in the public’s consciousness, like a troll from a medieval horror. Consider the case of Dafe Sejebor, the former Group General Manager (GGM) of the National Petroleum Investment Management Services (NAPIMS) for instance, due to his perceived crookedness,  he has been arrested alongside 46 others in a sex trafficking sting in the U.S. 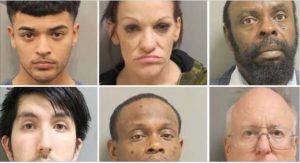 The sting conducted by multiple law enforcement agencies, including the Katy Police Department, resulted in the arrests of 47 people on human trafficking charges, officials announced in a Wednesday morning news conference. Houston Police Sgt. John Wall said the sting operation ran from March 19-29 in the Katy area and Fort Bend County. Wall said of the 47 arrests, 27  were female and 20 were male.
Eight were charged with human trafficking-related offenses, while eight others were confirmed, victims. Officials said some suspects faced various other charges, including possession of a controlled substance, prostitution, sexual assault of a child, tampering with evidence, and unlawfully carrying a weapon. Wall said despite a large number of arrests, the most rewarding part of the investigation was that authorities rescued two minors, the youngest was 16-years-old. Officers said most people who become trafficking victims are domestic. Most recruiting occurs online.
“If you think about it, children (and) young adults spend an enormous amount of time on social media, and they are vulnerable. They don’t understand the risk involved in talking to individuals they don’t know on that type of forum.
During this sting…law enforcement and victims services worked tirelessly to identify and recover victims of trafficking, apprehend the perpetrators responsible and target predators who think buying sex is OK,” Wall said.
Interestingly, however,  Dafe allegedly acquired stupendous wealth comprising expensive properties in Sugarland Texas, United States (US). He also acquired several exotic automobiles in the US.
Culled: The Capital
Post Views: 936